‘Pokemon Go’ Gets Sidelined in China 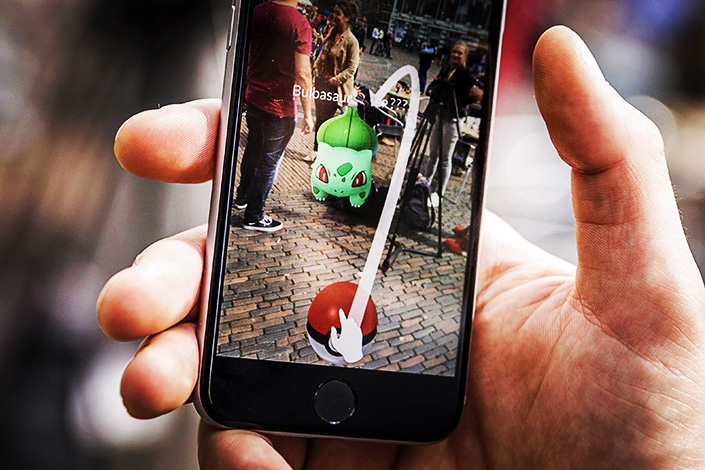 A smartphone user plays "Pokemon Go" in the Netherlands in July 2016. The game is very popular worldwide, but China's press authority says it won't approve it for now due to the app's "potential social risks." Photo: IC

The location-based title, which lets users hunt for cartoon creatures in the real world, was a huge hit in its debut last year even as Chinese fans had to watch from the sidelines as it failed to enter their market.

Now China’s game regulator has made clear it’s not a fan, disclosing that it won’t be approving the popular title for now. The State Administration of Press, Publication, Radio, Film and Television (SAPPRFT) made its decision due to concerns about dangers to social order that the game could pose.

Specific concerns involved geographic information security, as well as the safety of drivers and pedestrians playing the game, according to an article on the site of the China Audio-Video and Digital Publishing Association, an industry trade group.

At the same time, the agency also acknowledged the importance of Pokemon Go’s cutting-edge nature that combines location-based technology and smartphone interfaces to give users the unique experience of being able to seek out imaginary characters in the real world.

“Based on actual consumer experience abroad, the operation of this type of game poses a relatively large risk to society,” the association said, adding that SAPPRFT and other agencies were currently holding discussions on the topic.

“While (these discussions) are happening, SAPPRFT won’t authorize or approve applications for this kind of game. It advises domestic game companies to consider carefully when designing, importing or operating this kind of game.”

Developed by U.S. firm Niantic using popular Japanese animated characters, Pokemon Go gained a huge following after its global release in July as players flocked to its cutting-edge technology. But the game was also the subject of controversy, as smartphone-fixated players wandering streets and driving cars occasionally got into accidents — some even fatal — after failing to pay attention to the real world.

One U.S. study published several months after the game’s debut suggested that more than 110,000 incidents had occurred over a 10-day period as the result of pedestrians and drivers who became overly distracted by the game.

Pokemon Go was never released in China, though reports last fall quoted Niantic’s CEO as saying the company was trying to get approval to operate the game in the country.