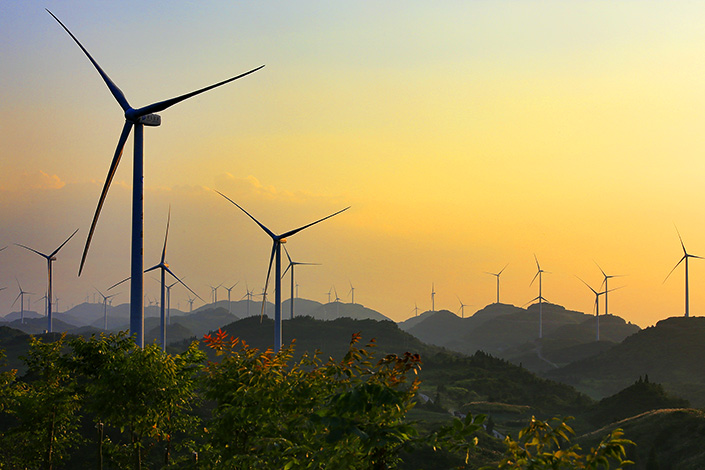 (Beijing) — China will launch the trading of green certificates, electronic warranties proving electricity has been generated from renewable energy, in the second half of this year, the government has said.

The launch of the system, which has been under consideration for more than 10 years, comes as authorities look for ways to alleviate a growing waste of wind and solar power, and to reduce pressure on the government to meet increasing demand for subsidies for renewable energy suppliers.

The government will issue the certificates to qualified wind and solar power projects, who may sell them to interested parties starting from July 1, according to a statement on the website of the National Development and Reform Commission, China’s top economic planning agency.

A compulsory trading mechanism and a quota system for renewable energy-generated electricity will be established next year “at an appropriate time” based on market demand, the statement said, which was published on Friday.

It did not elaborate on how the compulsory trading mechanism and the quota system would work.

Likely purchasers of the certificates include multinational companies such as Apple Inc., Wal-mart Stores Inc. and Procter & Gamble Co., all of whom have made renewable energy use promises for reputational reasons, an industry observer, who declined to be named, told Caixin.

Coal-fired power plants may also be potential buyers because the government is considering setting a binding target for them to bring the ratio of electricity generated from non-hydraulic, renewable energy to that generated from coal to 15% or higher by 2020, he said.

Those who fail to meet the goal can acquire green certificates to plug the gap. Given that the price of existing green certificates in foreign markets fluctuates, power suppliers may want to buy the domestic vouchers early on before prices rise, he said, adding that electricity distributors may be similarly motivated.

The policy aims to “promote the adoption and use of clean energy and further improve the subsidy mechanism for wind and photovoltaic power generation,” the official statement said.

More and more wind and solar power has been wasted, or “curtailed,” in China in recent years while the renewable energy sector has expanded rapidly on government support.

That is because of transmission difficulties to demand centers, mismatches between generation and peak-hour use, or its higher price than coal-fired power.

The waste of solar power was also grave in some areas, with the rate of idling installed capacity reaching 31% in Gansu province in the country’s northwest and 26% in Xinjiang region in 2015.

Peng Peng, a senior researcher with the Chinese Renewable Energy Industries Association, said the green certificate system would help wind and solar farms realize some returns on their investment and quench their thirst for cash.

Government subsidies have lured many investors to swarm into the renewable energy sector. But the scheme is running short of money to meet the ballooning demand for subsidies as solar and wind farms mushroom across the country.

An official renewable energy development fund was set up in 2006 to accumulate subsidies for the industry, financed through an additional charge included in electricity fees. The fund faced shortfalls of about 55 billion yuan ($8 billion) in the first half of 2016 despite the fact that authorities have raised the charge five times to 1.9 cents per kilowatt-hour from 0.1 cent per kilowatt-hour initially, official figures showed.