By Guo Nan and Han Wei 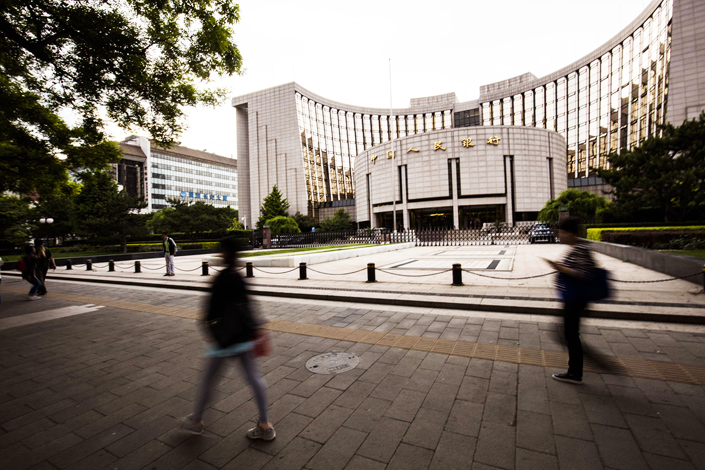 The People's Bank of China has issued a research paper that says market forces need to play the decisive role in reducing the debt in the country. Photo: IC

(Beijing) — China should prudently manage efforts to reduce debt by letting market forces play a decisive role while the country tries to deflate asset bubbles without setting off a liquidity crisis, according to a central bank working paper published Wednesday.

The paper, issued by the research bureau of the People’s Bank of China (PBOC) on Wednesday, explained factors pushing up China’s leverage ratio and discussed its impact on financial stability.

“The leverage ratio itself is not the problem, which lies in the efficiency of the leverage,” the paper said. China’s climbing financial leverage and debt overhang is closely linked to the country’s high savings rate and the country’s growth model.

As of June 2015, the overall leverage ratio of China’s nonfinancial sector — which includes government, households and nonfinancial enterprises — had reached 254.9%, a medium level globally, according to the paper. However, the pace of increase has been notable.

In the subset of nonfinancial enterprises — industry and business — the leverage ratio had risen to 167.6% as of June from 96.3% in 2008, higher than most other countries in the world, the paper said.

Deleveraging is high on the government’s list of priorities for 2017. Since the Central Economic Work Conference in December, which outlined a prudent and neutral monetary policy stance, the central bank has pushed up lending costs through a series of open-market operations, including raising the rates of medium-term lending facilities (MLFs), standing lending facility (SLF) loans and reverse repo agreements.

The moves are seen as signals that China is shifting toward a new credit-tightening cycle after six years of slightly easing policy to alleviate pressure from a slowing economy.

The right way to cut leverage is to let the market decide the right leverage ratio for each sector, the paper said.

It suggested that China should maintain a prudent and neutral monetary policy to create a stable liquidity environment, reduce governments’ intervention in market resource allocation and reform its financial supervision system.

China should carefully manage the process of deleveraging and economic transformation in order to rein in asset bubbles while preventing liquidity risks that may be triggered by rapid deleveraging, it said.