By Han Wei and Wang Yuqian 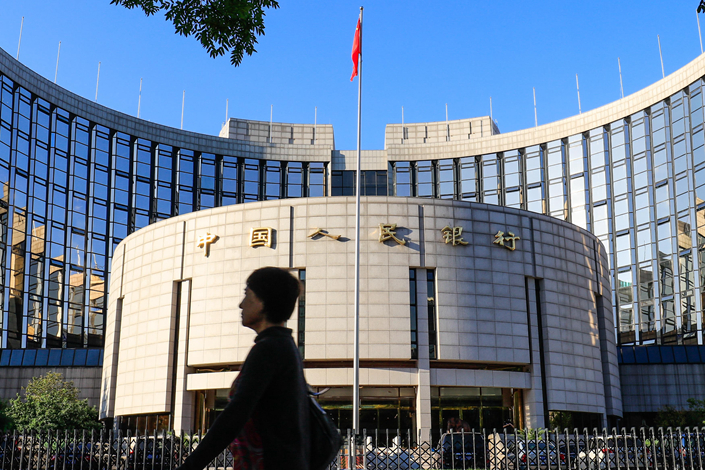 The headquarters of the People's Bank of China (PBOC) is seen in Beijing on Sept. 28. A recent PBOC document shows the central bank is acting to direct more credit to rural and small businesses. Photo: IC

(Beijing) — China’s central bank will ease capital requirements for qualifying financial institutions in an effort to direct more credit to rural and small businesses, according to a People’s Bank of China (PBOC) document dated Feb. 16.

The PBOC asked subsidiaries to assess local banks’ 2016 loan books, according to the document. It said banks meeting certain criteria will be eligible for a lower reserve requirement ratio (RRR) — the amount of cash that banks must hold in reserve — effective Feb. 27.

The latest policy is an extension of the central bank’s 2014 program to selectively cut banks’ reserve ratios as an incentive to encourage lending to the agricultural sector and small businesses, which have long been underserved by lenders. China’s monetary authority has been seeking to influence the market through more-targeted moves rather than using across-the-board adjustments in interest rates and RRR.

Under the new policy, banks whose 2016 lending to the agricultural sector or to small and micro-businesses accounted for more than 15% of annual loans will be eligible for a 0.5 percentage point reduction in RRR from the benchmark rate of 16.5%, the document said.

Banks that issued more than half of their new loans in 2016 to the agricultural sector or to small and micro-businesses and whose total portfolios included more than 30% of loans to such borrowers will be allowed to cut their RRR by 1.5 percentage points from the benchmark.

All banks covered by the preferential policies must also have met minimum capital adequacy requirements at the end of 2016, according to the document. The central bank’s local offices must complete the assessment and report to the Beijing headquarters by Feb. 23.

Officials at the central bank weren't immediately available for comment.

China’s last cut in the benchmark reserve ratio was in February 2016, when it lowered the requirement on all financial institutions by 0.5 percentage point to 16.5%. That was the fifth reduction in 12 months as the bank sought to increase liquidity in the economy in the midst of a plunge in the stock market.

As China’s economy shows signs of a more-stable expansion, the central bank in recent months has carried out a series of selective tightening measures to drain excessive liquidity and curb risky, debt-fueled investments. The steps included gradually pushing up money market rates and adjusting money supply through a series of open-market operations and other measures.