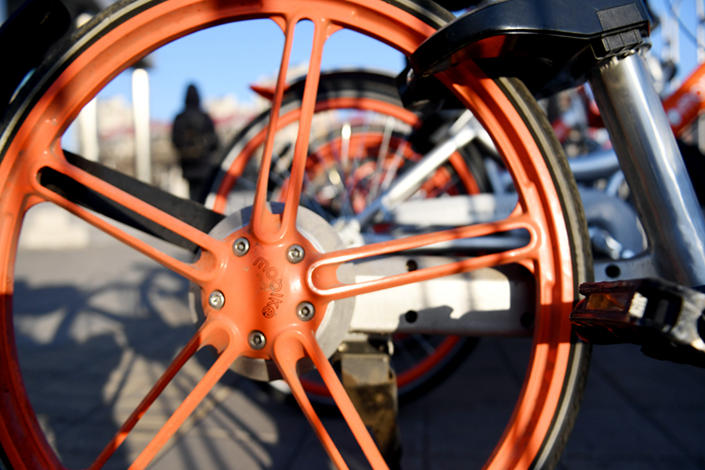 China has turned the business of bike sharing, traditionally a money-losing proposition sponsored by municipal governments, into the latest hot investment trend. Hundreds of millions of dollars have poured into the sector over the last two years, turbocharging an industry that has flooded the streets and sidewalks of major Chinese cities with legions of bikes in yellow, orange, blue, neon green and other colors, each representing a different startup.

Unlike older city-sponsored services, the new generation of bike-sharing companies uses smartphone-based apps and location-based technology to let subscribers find and unlock the closest bike parked anywhere on the street. When riders reach their destination, they can park and lock their bikes anywhere, paying a small fee based on ride distance or time of use.

Leading the startup pack is Ofo, known for its bright yellow bikes, and Mobike, whose stylish two-wheelers are known for their modern look and orange-and-gray coloring. Ofo became the latest recipient of investor largesse last week, when it announced it had raised a fresh $450 million in new funding.

The two have been regular fixtures in the headlines for their frenzied growth over the last year, including hundreds of millions of dollars in fundraising. They now boast a pedigree of A-list investors, including the likes of Chinese internet giant Tencent, global private equity major Warburg Pincus, venture giant Sequoia Capital, and Singaporean sovereign wealth fund Temasek.