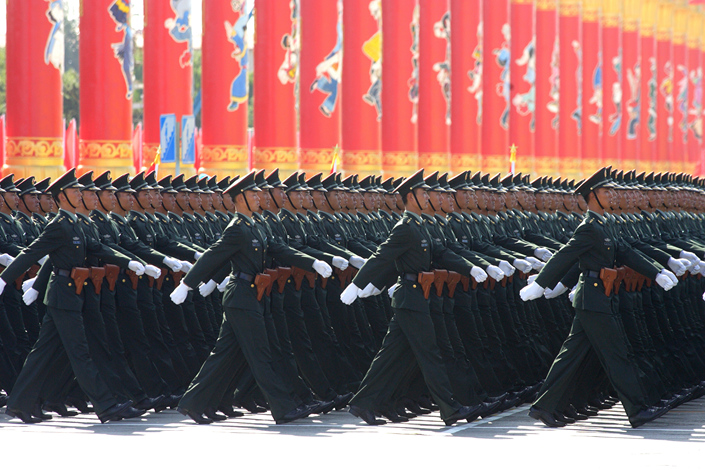 Chinese troops march in the National Day Military Parade in Beijing on Oct. 1, 2009. China's military spending will top 1 trillion yuan for the first time, but the growth rate for military spending in 2017 is the lowest in 10 years. Photo: Visual China

(Beijing) — China is planning to spend 1.044 trillion yuan ($152 billion) on national defense in 2017, an increase of 7% from last year, the Chinese government disclosed during the ongoing annual session of the National People’s Congress.

The budget has almost tripled from that of a decade ago, and it is the first time that China’s annual military spending is set to break the 1-trillion-yuan threshold. However, the growth rate for military spending in 2017 is the lowest in 10 years.

For example, the Stockholm International Peace Research Institute puts China’s military spending-to-GDP ratio at 1.92% in 2015. However, this figure is still far less than the 3.32% ratio in the U.S. and the 5.39% in Russia.

China’s military spending has been consistently ranked the world’s second-largest over the past decade, but its 2017 budget is still only a quarter of the figure proposed by the U.S military this year.