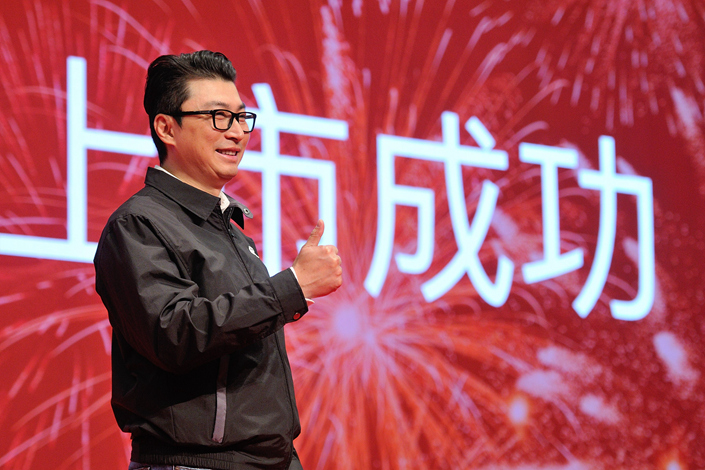 Shun Fung Holdings listed on the Shenzhen Stock Exchange in Shenzhen, Guangdong province, on Feb. 24, which made company boss Dick Wong the third-richest man in China, according to the latest Hurun Report list of the world's richest people. Photo: Visual China

(Beijing) — Beijing beat New York City to lead the “Billionaire Capital of the World” for the second year in a row, according to the latest Hurun Global Rich report.

New to the list are delivery king Wang Wei, whose wealth shot up fivefold to $27 billion after Wang’s SF Express Co. Ltd. completed a backdoor listing in February.

The top two billionaires in the world, Bill Gates and Warren Buffett, remained on their thrones for the second year in a row, according to the list, released Tuesday

“Billionaires are up again in the last year, on the back of a strong U.S. dollar,” said Rupert Hoogewerf, chairman and chief researcher of Hurun Report, who attributes the gains to strong stock market performances but warns of uncertainty due to Brexit, Donald Trump’s election as U.S. president, a surge in property values in China, and India’s decision to abandon bank notes of large value.