By Du Ke and Li Rongde 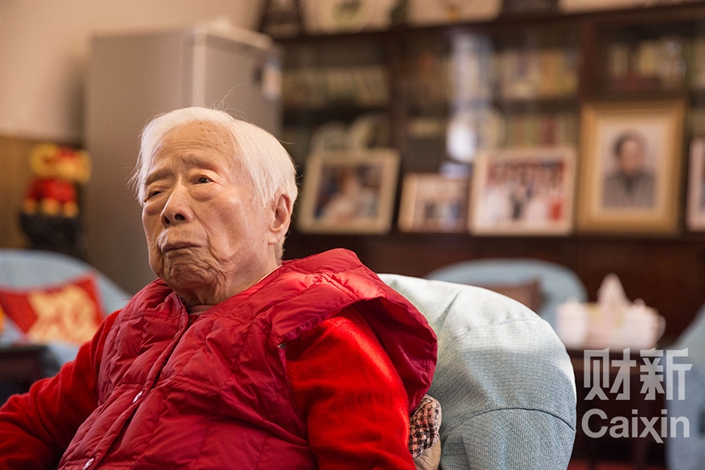 (Beijing) — The widow of former Communist Party leader Hu Yaobang died of an undisclosed illness in Beijing late on Saturday. She was 95.

Li Zhao, a native of Su county in the eastern province of Anhui, married Hu in 1941.

Hu, who died in April 1989, was long seen as a key liberal figure in the Communist Party. He was the party’s general secretary before he was removed from office in 1987 after sympathizing with students who were protesting against corruption.

On Nov. 20, 2015, at an event to mark the 100th anniversary of Hu’s birthday, Chinese President Xi Jinping lauded Hu’s devotion to China’s reform and opening-up and “deep resentment” of corruption, according to a Xinhua News Agency report.

Hu also played a leading role in vindicating people who had been purged and persecuted during the Cultural Revolution of 1966-76.

Li was deputy head of the textile bureau in Beijing in the 1960s and ’70s and took charge of the government-backed Beijing Textile and Garment Association after her retirement in 1983.

She helped her husband handle petitions from the purged around the country by turning her office in the capital into a center for receiving those petitions.

Hu and Li are remembered for going to extreme lengths to prevent their children, relatives and associates from possible abuse of the benefits associated with the couple’s status.

Li appeared for the first and only time in the international scene as “first lady” — the wife of the party’s general secretary — when the couple hosted a family banquet for then-Japanese Prime Minister Nakasone Yasuhiro in 1984, the online edition of party-run People’s Daily reported, citing her memoir.

Her calligraphy is carved on the back of Hu’s tombstone in Jiangxi province with the words: “Open with candor, and selfless without regret.”

She is survived by the couple’s three sons and their only daughter.

Her funeral is scheduled for Friday, her family said.