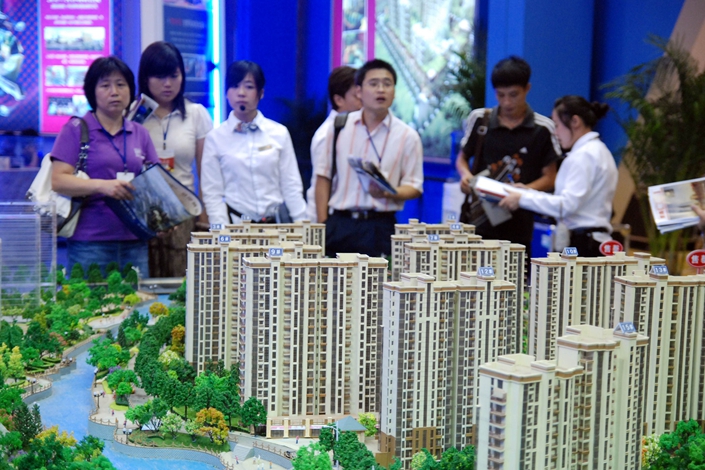 (Beijing) — Three more Chinese cities have put additional curbs on home buying to tame speculation that has spread from the largest cities to smaller ones.

Nanjing, the capital of Jiangsu province, along with the port city of Qingdao, Shandong province, and Ganzhou, the most populous city in Jiangxi province, on Wednesday announced restrictive measures on new-home purchases, including purchase quotas, higher down payments and stricter mortgage rules.

Nanjing officials said on Wednesday night that local residents who already own two or more residential properties would not be allowed to buy any more, neither newly built nor used. The rule tightened a city policy issued in September that banned local residents from buying more than two newly built homes. Under the new rules, Nanjing also required workers who have moved from elsewhere to provide records showing they have paid taxes in the city for more than two years in order to be eligible for home purchase.

Ganzhou and Qingdao set an even-stricter quota, limiting personal home purchase of only one property. Qingdao also boosted required down payments on home mortgages to 30% from 20%.

More than 20 Chinese cities have issued restrictions on home purchases since late last year as investors bet on the country’s ambitious urbanization plan.

Jiashan, a small county 80 km southwest of Shanghai, imposed a quota on home purchases on Tuesday: If you are not a resident of Jiashan and you own one or more houses there, you can’t buy additional ones. Officials took the step after the average of new apartments in the doubled to 14,000 yuan ($2,025) per square meter this year, from last year’s 7,000 yuan, according to local data.

The central government has reiterated efforts to clamp speculations in the property market. Premier Li Keqiang, in his government work report delivered to the National People’s Congress, highlighted efforts to tame the overheating housing market in major cities and promised to further promote subsidized-housing programs to support a healthy development of the country’s housing market.

Despite the growing number of restrictive measures, homebuyers remain bullish. Property sales by area rose 25.1 percent year-on-year in January and February, according to data released by the National Bureau of Statistics on Tuesday. The sales growth exceeded the 22.5% annual growth in 2016, which was the strongest in seven years.

Guo Shuqing, the newly appointed chairman of the China Banking Regulatory Commission, said in February that the banking regulator will watch for possible housing market bubbles, given that 45% of China’s new loans issued last year went into the property sector, with most going to personal mortgages.

China’s central bank reined in individual housing mortgage loans through the so-called windows guidance in a bid to contain the rapid growth of housing mortgages in the Chinese capital.

Several banking employees and housing agents told Caixin that since February, branches of national and commercial banks in Beijing have slowed lending of mortgages to individuals.

Meanwhile, agencies in Beijing that helped individuals get loans have cut back on such services because mortgage quotas have been reduced at many big banks, including Industrial and Commercial Bank of China, Bank of China, and China Everbright Bank.

The government also called on banks to raise the threshold on individual housing mortgages by closely scrutinizing homebuyers’ credit records and their capability of paying back loans.

Restrictions in the real estate market are likely to increase in the coming months because the central government has pledged to curtail the rapid growth of housing price in first-tier cities such as Beijing, which was mentioned in the government work report on this year’s economy.