By Li Yuqian and Pan Che 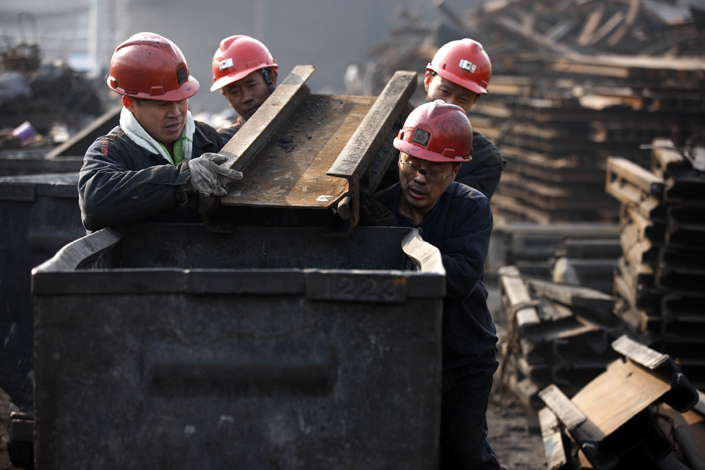 China’s economy got off to a good start in 2017 on better-than-expected economic data. Urban fixed-asset investment grew 8.9% year-on-year, and industrial output gained 6.3% in the first two months of 2017.

Improvement in profits was mainly enjoyed by so-called upstream industries, or those that process raw materials. Most of these are state-owned enterprises (SOEs) specializing in coal mining and dressing, ferrous metals, petroleum and natural gas. Private firms’ recovery underperformed by comparison.

Industrial profits of SOEs grew 100.2% year-on-year, compared with a combined 14.9% increase in private-sector firms during the first two months of the year.

However, investment by private companies will be dampened if their gains are squeezed by SOEs, which will create a hurdle for the overall recovery of profitability of industrial firms, analysts said.

“Despite the growth of industrial profits, an apparent dissonance is reflected in the structure of the profit growth, whether the rising trend lasts hinges on the interactions between SOEs and private companies, upstream and midstream-downstream firms, as well as investment and consumption,” said Lian Ping, chief economist of Bank of Communications.