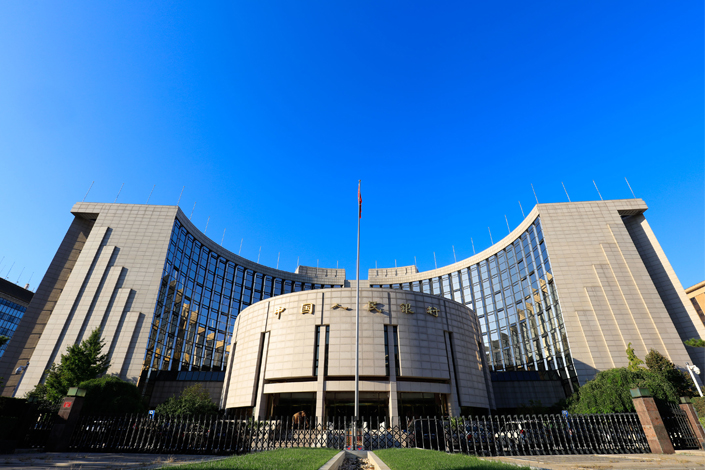 The People's Bank of China has pledged to open the country’s financial markets further to foreign investors this year. Photo: IC

(Beijing) — China’s central bank has pledged to open the country’s financial markets further to foreign investors this year as part of government efforts to strengthen the yuan’s international role and encourage capital inflows.

Authorities will deepen reform of the exchange rate regime and “steadily push forward the convertibility of the yuan under the capital account” this year, the People’s Bank of China (PBOC) said in a statement on its website Monday after a meeting last week about cross-border yuan business.

“(We will) further improve the yuan’s role for investment, financial transactions and as a reserve currency, and promote the opening of the domestic market,” it said.

Analysts said the focus of the central bank’s promise on yuan convertibility will be on attracting foreign investors into the country’s financial markets rather than allowing domestic money to move overseas, given the current pressure on capital outflows.

“The opening this year will mainly be to open the stock and bond markets to foreign investors, with the target initially being institutional investors… (especially) long-term investors such as pension funds,” Lu Zhengwei, a Shanghai-based economist with Industrial Bank Co. Ltd., told Caixin.

Loosening of controls over money leaving the country will be “possible” in the long run because the yuan must be fully convertible before it can truly become an international currency. But it will be “very difficult” in the near future because of concerns that lifting limits will lead to further capital flight, he said.

China has been gradually relaxing regulations covering foreign investment in the domestic capital markets to boost demand for the yuan by global investors and promote its role as an international reserve currency.

In 2010, the PBOC allowed foreign investors into the interbank bond market, where more than 90% of all bonds are issued and traded. The opening accelerated in 2015 as the government stepped up efforts to stem a surge in capital outflows fuelled by a strengthening dollar and pessimism over the outlook for China’s economic growth.

In January of this year, Bloomberg Barclays Indices, which offers a range of fixed-income gauges, announced it would include yuan-denominated Chinese government bonds and some bank debt in parallel versions of two of its main indices. The new gauges — Global Aggregate + China Index and the EM Local Currency Government + China Index — were launched on March 1. Earlier this month, Citigroup Inc. said it would include onshore Chinese debt into some of its sub-indices.

Analysts said the inclusion of Chinese bonds in the indices should increase demand because overseas investors follow these gauges when deciding which products to include in their portfolios.

In February, in a further step to attract foreign investors, the government allowed them to use derivatives such as forward contracts, swaps and options to hedge currency risk on investments in the interbank bond market.

Earlier this month, Premier Li Keqiang said that authorities were preparing a trial of a bond connect program between mainland China and Hong Kong, which will allow foreign investors to purchase mainland bonds via the former British colony.

While introducing incentives to encourage investment into the country, the government has also taken a range of measures to curb capital flight, including stepping up scrutiny of Chinese firms' investment overseas and local residents' purchases of foreign currency.

Brian Jackson, an analyst with research firm IHS Markit, said capital outflow pressures are likely to continue to weigh on the pace of the government’s progress toward yuan convertibility on the capital account.

“I’m skeptical we will see broad changes in 2017 that will move the needle significantly,” he said. “We still expect the housing sector to deteriorate later in 2017 and that will once again place pressure on the capital account and the yuan, and thus authorities’ resolve to push forward reform.”

An increasing number of Chinese cities have introduced tightening measures to deflate bubbles in local property markets this year. The potential negative impact on growth has added uncertainty to the economic outlook, which may undermine international investors’ confidence in yuan-denominated assets.