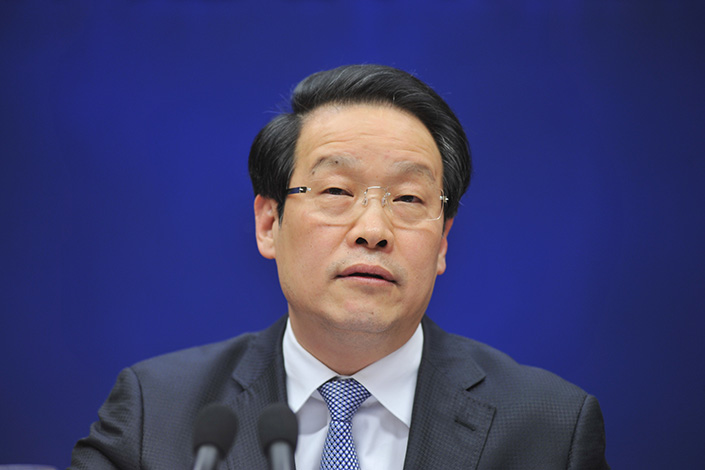 (Beijing)--Xiang Junbo, chairman of the China Insurance Regulatory Commission (CIRC), is under investigation for “suspicions of serious violations of party discipline,” a phrase that often refers to corruption, according to a statement released on Sunday by the Communist Party's Central Commission for Discipline Inspection.

Before Xiang was appointed party secretary and chairman of CIRC in October 2011, he served as deputy governor at the People’s Bank of China (PBOC), China's central bank. He became governor of the Agricultural Bank of China, one of the largest state-owned lenders in China, in June 2007.

Xiang, 60, had colorful experience before becoming head of China's top insurance regulator. He fought in the Sino-Vietnamese border war in 1979, and was a screenwriter for television dramas.

He was involved in the establishment of the Shanghai branch of the PBOC, and helped rescue the Agricultural Bank of China from the brink of insolvency through what was one of the world’s largest initial public offerings at that time in both the Shanghai and Hong Kong markets.

The Chinese insurance industry has been under the media spotlight since the latter half of 2015, when insurers started to aggressively purchase equity stakes of publicly traded companies, particularly with the battle to acquire Vanke, one of China’s largest real estate developers, which involved the insurance conglomerate Baoneng Group.