Stimulus Measures Cited for Surge in Residential Land Prices in 2016

By Pan Che and Huang Ziyi 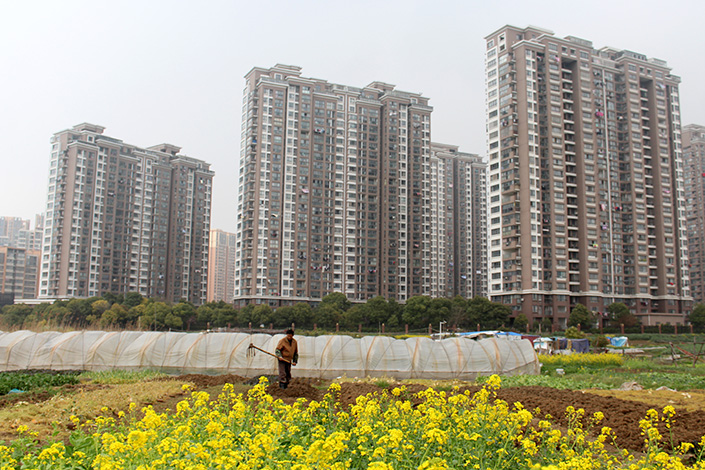 The Ministry of Land and Resources said Monday that average residential land price in China increased 7.91% in 2016, up nearly 4 percentage points from a year earlier. Above, a farmer works near residential real estate in Changzhou, Jiangsu province, on March 25. Photo: Visual China

The jump was even more dramatic in China’s largest cities, known as first-tier cities, where the average price for residential land soared 19.6% in 2016 over the previous year.

These increases came on top of big spikes in 2015: Overall in China, the average residential land price jumped nearly 4%, and 10.9% in the first-tier cities, official data showed.

Zhao Song, an official with the Ministry of Land and Resources, attributed the increase on Monday to the impact of stimulus measures such as property tax reductions, easy access to loans and property destocking plans on the real-estate market.

The average commercial land price grew 3.09% in the same period.

Residential land prices in first-tier cities, areas surrounding Beijing and some cities in the Pearl River Delta are still continuing to rise.

“It’s worth noting that residential land price growth softened in the first quarter of 2017 after edging up for several consecutive quarters,” Zhao said.

The average residential land price rose 2.06% in the first quarter, down from a 2.18% increase in the fourth quarter of 2016.

Meanwhile, land supply in first-tier cities increased more than 50% from a year ago.