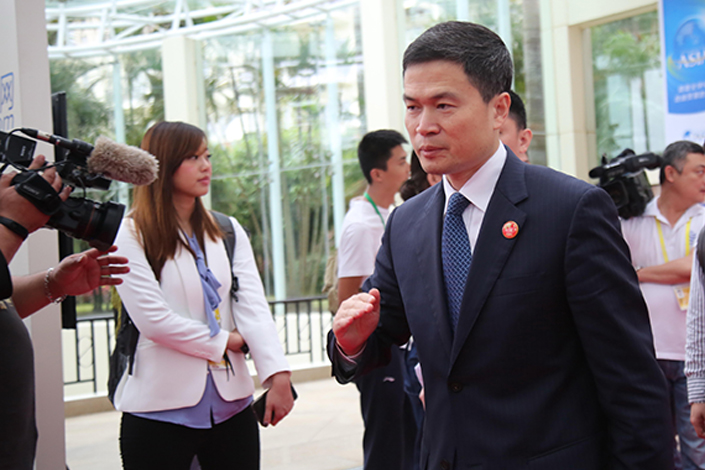 Fang Xinghai, vice chairman of the China Securities Regulatory Commission, told Caixin reporters on Wednesday that securities regulators are confident that the launch of crude oil futures will happen this year. Above, Fang presides over the opening ceremony of the Boao Forum for Asia Annual Conference in Boao, Hainan province, on March 25. Photo: IC

(Beijing) — China is planning to launch crude oil futures in Shanghai in 2017 — a major step that analysts say will attract international investors and give the country global pricing power.

Chinese securities regulators are confident that the launch of crude oil futures will happen this year, said Fang Xinghai, vice chairman of the China Securities Regulatory Commission (CSRC), which is in charge of the futures market, while speaking to Caixin reporters Wednesday.

China has been gearing up to establish a crude oil futures market for several years. Significant progress in terms of setting up trading facilities and rules was made in 2015. But a stock market crash that summer that led to a 40% slump in the benchmark Shanghai Composite Index over two months delayed the process.

Jiang Yan, CEO of the Shanghai Futures Exchange, told Caixin on Wednesday that rules such as those for trading crude oil futures contracts are under review and awaiting final regulatory approval.

People close to the CSRC told Caixin that after consulting with government agencies, including the National Development and Reform Commission (NDRC), China’s top economic planner, and the State Administration of Foreign Exchange (SAFE), the basic policy framework is in place, and there is no need to rewrite all the rules.

Analysts suggested that the introduction of trading in crude oil futures is a major step forward for both the energy and financial sectors, and that it will play a significant role in helping China, the world’s largest importer of crude oil, to open up its futures market to the world and give it global pricing power for the commodity.

“When the crude oil futures contract is launched at the Shanghai Futures Exchange, Shanghai is likely to become a global hub to trade and price crude oil,” which will largely help Chinese companies better allocate world resources and hedge against market risks, Fang said.