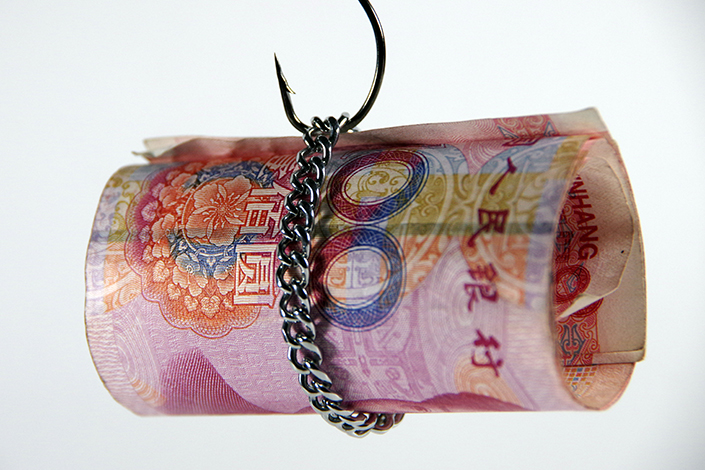 The overall level of risk in the Chinese financial system actually fell in the first quarter of the year, when the so-called real economy — a sector that produces actual goods and services — picked up. But this was not the case among joint-stock commercial lenders China Minsheng Bank Co. Ltd., China Everbright Bank Co. Ltd. and Industrial Bank Co. Ltd., said the report, issued Saturday.

Caixin’s attempts to reach the three lenders for comment were unsuccessful.

Such lenders are increasingly engaged in businesses such as “shadow banking” — lending that is often speculative and little-regulated that occurs beyond official banking channels. Such businesses also include “entrusted investments,” or funds that banks lend to external asset managers to invest in bonds, stocks and commodities. Regulators say this creates multiple layers of investments with high level of leveraging, therefore making financial markets vulnerable if a liquidity shock were to occur.

The report was released as China’s top regulators have intensified efforts to reduce leverage in the financial markets and strengthen risk control in the banking industry. Dozens of companies put off or gave up their plans to issue bonds in the first quarter due to the rising cost of financing. Hundreds of billions of dollars in value has been wiped from China’s stock and bond markets since mid-April, which some analysts said was because banks pulled funds out of entrusted investments.

Meanwhile, President Xi Jinping has taken on the issue of financial risk personally, presiding over a meeting in late April at which he stressed that the “financial security is a key component of national security.”

Saturday’s report was authored by Zhou Hao, a professor and associate dean at the PBC School of Finance at Tsinghua University, which is well-known for its research into financial markets.

Smaller banks are the primary issuers of interbank tools to borrow funds from state-owned big banks in the shadow banking sector, Zhou said. But as monetary policy tightens and funding costs goes up, those banks that expanded off-the-books assets aggressively were experiencing more difficulties in raising funds.

The complex shadow banking sector in China has been growing with a great degree of leverage, and the maturity of the assets and liabilities of the financial institutions is often mismatched. That creates implicit risks in the financial markets, said Gao Shanwen, the chief economist at Essence Securities Co. Ltd.

Whether systemic risks will persist in China’s financial markets depend on the change in the country’s debt structure, Tsinghua’s Zhou said. To control collateral risks caused by the efforts to deleverage state-owned enterprises, property developers, and local government financing vehicles, leverage could be added to some sectors that borrow less, particularly in privately owned companies, Zhou said.

“An absolute reduction of leverages will always bring about huge financial risks,” Zhou said. He suggested that an increase of leverage in some profitable industries can mitigate pain in general when some sectors cut the use of borrowed funds.

“Tightened regulation is a figure that already knocked over the first domino, and we will see more falling,” Gao said.