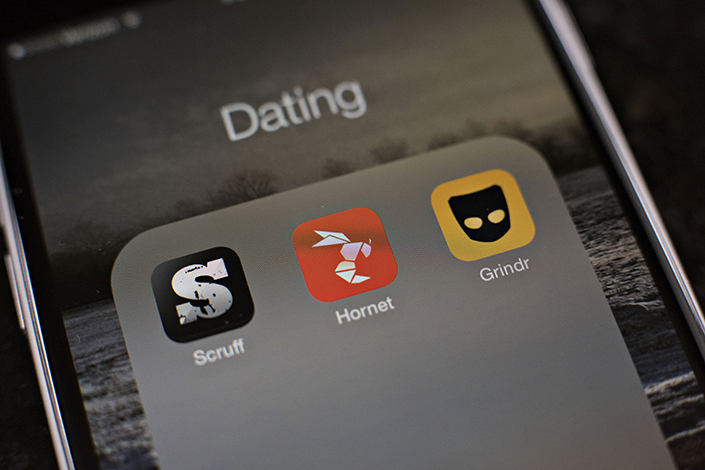 Gay dating apps Scruff, Hornet, and Grindr are displayed on an iPhone in Tiskilwa, Illinois, in the United States, on Jan. 20, 2015. Photo: Visual China

(Beijing) -- A Beijing-based video game maker has bought out popular U.S. gay social networking app Grindr, four months after purchasing a controlling stake in the company, according to a regulatory filing.

After paying about $93 million for 61.53% of Grindr in January, Beijing Kunlun Tech Co. Ltd. will pay another $152 million for the remaining 38.47%, the Chinese company said in a statement to the Shenzhen stock exchange on Tuesday.

Kunlun said it will pay for the transaction in cash using its existing funds. It said the move is in line with its plans to move into the global social networking sector in its next stage of development.

“In the future, Kunlun won’t only be a leading global game developer and operator, but will also be a leading social media company,” the company said in a statement. “At the same time, the company will expand its platform from games to also include long- and short-form video, literature, animation and other kinds of content.”

Despite its rapid past expansion, Grindr’s revenue and profit growth are slowing due to increased competition and saturation in the social networking market. The company posted revenue of 103 million yuan ($15 million) in the first quarter of this year, compared with 286 million yuan in the previous nine months before that, according to Kunlun’s statement. Its first-quarter profit stood at 8.2 million yuan, versus 35.8 million yuan in the final nine months of 2017.

Kunlun’s Shenzhen-listed shares rose 2.3% in Wednesday trade after the announcement came out.

Founded in 2009 and based in Los Angeles, Grindr operates a popular dating app that caters to gay and bisexual men. At the time of the initial investment, Grindr said it had more than 2 million users globally and would use the money to fund a worldwide expansion.