By Li Rongde and Huang Rong 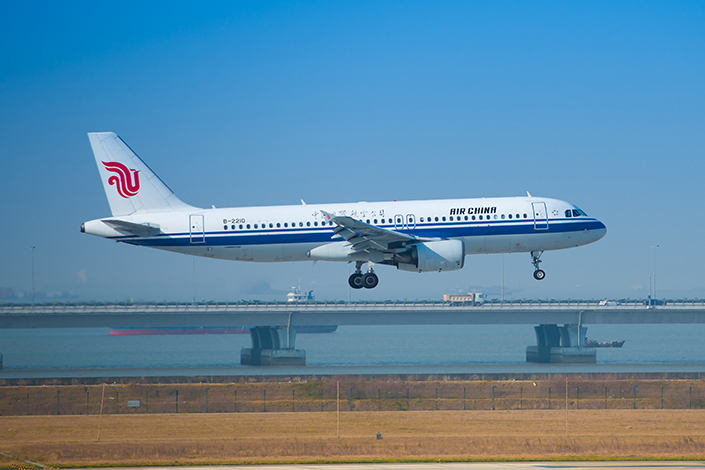 An Air China Airbus A320 takes off from the Shenzhen International Airport in Shenzhen, in south China’s Guangdong province, on Dec. 5, 2013. This plane is the same model as flight CA428. Photo: IC

(Beijing) - Hong Kong is demanding Air China explain how one of its passenger jets strayed off course and flew dangerously close to a mountain on Hong Kong's Lantau Island.

The frightening episode occurred shortly after takeoff Sunday from Hong Kong International Airport. Images from aircraft tracking site Flightradar showed flight CA428 en route from Hong Kong to Chengdu on the mainland took off at 9:06 p.m. Beijing time on Sunday. Suddenly, the plane veered south toward a mountainous area at around 9.30 p.m. This was a detour from its normal westward route, the images show.

The flight CA428 was at 3,650 feet when it made the wrong turn and the highest peak nearby was 3,066 feet, according to Jeremy Tam Man-ho, a licensed pilot and a lawmaker from the city's Civic Party. The minimum altitude deemed safe in the area is 4,300 feet, he told the South China Morning Post.

It is not clear how many passengers were on board the 200-seater Airbus 320 plane. But if the plane had been carrying more cargo or passengers, or if the plane was a bigger one, it might not have achieved the required altitude at that time, he said.

Honk Kong’s civil aviation authority, in a statement on Monday, said air traffic controllers had ordered the pilots of the Air China plane to reach an altitude of 13,000 feet, before the wrong turn was made midway through the climb.

Ground control staff had issued another order to get the aircraft back on its normal path, the aviation authority said. It maintains that air traffic controllers followed the proper procedures in accordance with industry regulations.

Pilots on the CA428 flight were unsure of an order from ground control and were trying to confirm the order on a busy radio frequency when they veered off the set path briefly, Air China said in a statement on Monday.

The aircraft’s course was corrected after a warning from air traffic controllers, but the plane’s built-in safety warning system was not activated. The plane landed safely in Chengdu in the southwestern province of Sichuan on the mainland at 11:21 p.m. on Sunday, it said.

Air China didn’t say whether it was investigating the incident for a potential breach of aviation safety protocols by its pilots.

China hasn’t had a major aviation accident since August 2010 when a Henan Airline passenger plane en route from Harbin to Yichun crashed during a landing on Aug. 24, killing 42 of the 96 passengers on board.

However, the industry has been jolted by several safety scares in recent years. A China Eastern Airbus A320 nearly collided with an Airbus A330, also from China Eastern, when their paths crossed on a runway at Shanghai Hongqiao Airport last October due an error by an air traffic controller.