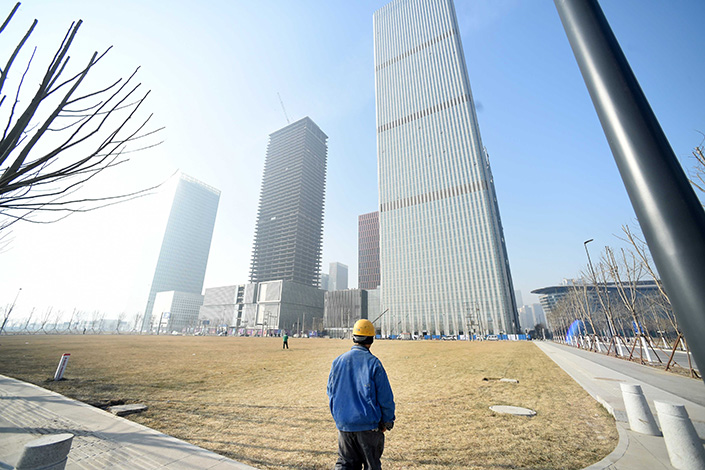 (Beijing) — Tianjin Binhai New Area Construction and Investment Group Co. Ltd.’s $800 million in bonds slipped into “technical breach” — a development that Standard & Poor’s said could have been avoided if the company had managed its covenant well.

Technical breach occurs when the bond issuer fails to comply with any of the covenant in a bond contract but is still able to make timely payments to bondholders. Tianjin Binhai hasn’t missed any payments.

Tianjin Binhai’s technical breach came last year after the combined net worth of the company and its guarantee provider turned negative due to a sharp drop in the Chinese yuan. That violated one of the bond terms requiring that metric to stay positive at all times. The yuan weakened more than 10% against the dollar over the 18 months that ended in December.

“Even though technical breach won’t affect market sentiment too much, it reminds investors of the possible risks associated with local government financing vehicles (LGFVs),” an investor of offshore Chinese bonds said.

The S&P Global Ratings website said Thursday that the rating of Tianjin Binhai, which is backed by Tianjin’s province-level municipal government, would remain at A-minus. The credit rating agency said the company’s ability to meet its financial obligations hasn’t worsened.

However, S&P added that Tianjin Binhai “didn’t seem aware of the depleting net worth, let alone take any immediate action to prevent the potential breach from happening in 2016. The breach was only discovered when the company was preparing its audit report for 2016.”

Since 2012, 57 LGFVs have tapped the offshore bond market and raised nearly $3.4 billion, according to data compiled by Chinese financial information provider Wind. But few of them managed to effectively hedge their currency risks, analysts told Caixin earlier.