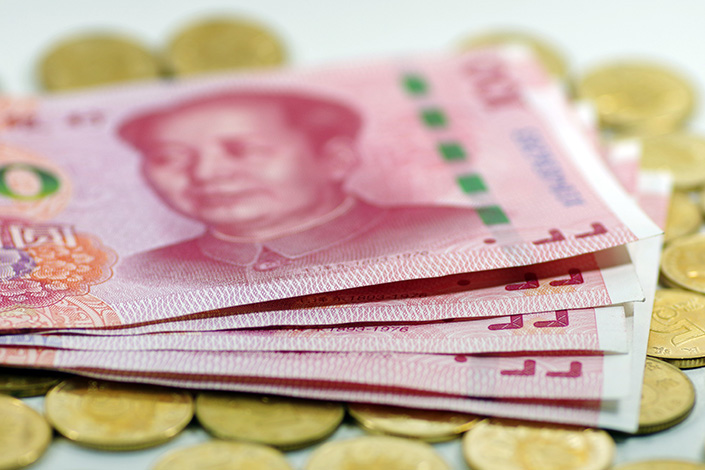 While some P2P lenders have been trying to follow sweeping new government regulations of the industry, others have managed to skirt the new rules. Photo: IC

(Beijing) — When there is a policy, there is always a new countermeasure.

Following years of explosive yet unchecked growth of marketplace lending in China, the central government in August announced sweeping — and the country’s first-ever — regulations to rope in the nascent sector. The aims aim to protect consumers from predatory lending terms, ensure adequacy of the lenders’ capital, and limit their risk-taking behavior, which could potentially destabilize the financial system.

According to data from P2P consultant WDZJ.com, 2,148 firms are engaging in P2P lending in China today. The number of players has dropped from its peak of 3,400 in early 2016. Some of them quit the industry voluntarily, while others went under due to management failure or fraudulent schemes.

To continue operating, these lenders will have to comply with the 2016 regulations by Aug. 24, the government said. First, they must have moved their clients’ funds to a custodian bank. Secondly, these lenders may no longer loan more than 200,000 yuan ($29,400) in total to any one person, or more than 1 million yuan to any business.

Caixin reporters found that while some P2P lenders have been trying to follow the new requirements, others have managed to skirt the new rules.

“The problem is that there are so many variants of P2P. The problems of the market can hardly be fixed by issuing some regulatory policies since there are always loopholes for scammers to exploit,” said a government official who was part of the national P2P industry inspection team.

“It is difficult for the regulatory approach and measures to catch up” with the fast-evolving sector, the official said.

P2P lenders have gained traction in China because conventional banks have long been unable to meet many people’s funding needs.

In 2016, a total 2 trillion yuan in loans were made through P2P lending firms, more than double the previous year, according to WDZJ.com.

But the industry’s reputation has been tarnished by fraudulent or risky lending practices amid lax supervision. Among the most egregious scams was Ezubao, once a leading P2P service until it was shut down in December. According to police, the company milked more than 50 billion yuan out of about 900,000 people in less than two years, using fake companies posing as borrowers.

Although there are fewer P2P lenders now, the outstanding loans made by P2P lenders surprisingly rose to over 1.15 trillion yuan as of May, from 670 million yuan in August.

That again befuddles the regulators — the China Banking Regulatory Commission (CBRC) and the Ministry of Industry and Information Technology — which drafted the new rules.

“It is difficult to judge whether the (outstanding loan) growth is a result of proper business transformation” or attempts to dodge the new rules, the government official added.

Although regulators explicitly hoped to rein in large and risky lending, Caixin reporters found some P2P lenders have recently switched to offering small or short-term loans that help cover down payments, tuition fees and personal consumption. These small cash loans are usually made without collateral and at high interest rates, igniting concerns over risks of defaults and predatory lending.

According to the Beijing P2P Association, small-amount cash loans extended through P2P platforms registered in northern China, including Beijing, Tianjin and Hebei province, have grown fivefold from October to May.

In April, the CBRC stepped up efforts to control the booming cash loan business, requiring local officials to inspect and identify risks and unscrupulous practices.

Trick 2: Not spinning off credit services

Regulators are pushing P2P lenders to morph into information-exchange platforms that connect borrowers with lenders, rather than quasi-banking institutions that pool depositors’ money and guarantee investor payouts while not subject to capital and liquidity requirements.

Many P2P lenders, including Lufax, Jimubox and Renrendai, have begun reshuffling their various business units this way. Usually there is an information-technology arm that oversees lending information exchange, and another microloan or guarantee arm for credit services.

However, Caixin reporters found that some P2P “information exchange platforms” are still guarantors of loans after the business reshuffles. Several industry sources said those lenders actually signed agreements with partner banks to guarantee the loans they facilitate.

“We’ve found lots of tricks of P2P players to skirt rules such as claiming to be tech firms to avoid the new regulations. But they are still P2P lending, and the risks are still there,” the government official said.

To prevent P2P operators from absconding with investors’ funds, the new rules require platforms to put their clients’ funds into a custodian bank account rather than pooling the funds themselves. The move will minimize risks of misappropriating investors’ money to pay out other investors or make extra lending in the event of default.

As of May 8, only 389 P2P firms have signed custodian agreement with 39 banks, about 18% of the total P2P players, according to WDZJ.com.

As banks charge up to several million yuan as custodian fees, less-capitalized P2P platforms are slow to move in this regard, according to WDZJ.com. Meanwhile, banks, especially the large ones, are not keen about becoming custodians for P2P firms.

The CBRC said in February that custodian banks won’t be found accountable if their P2P partner involves in default risks. But still, banks are wary of potential troubles.

“What if borrowers and P2P platforms were unable to repay and investors protested at bank branches? We may still be found responsible to it,” a commercial bank employee said.