By Zhou Tailai and Han Wei 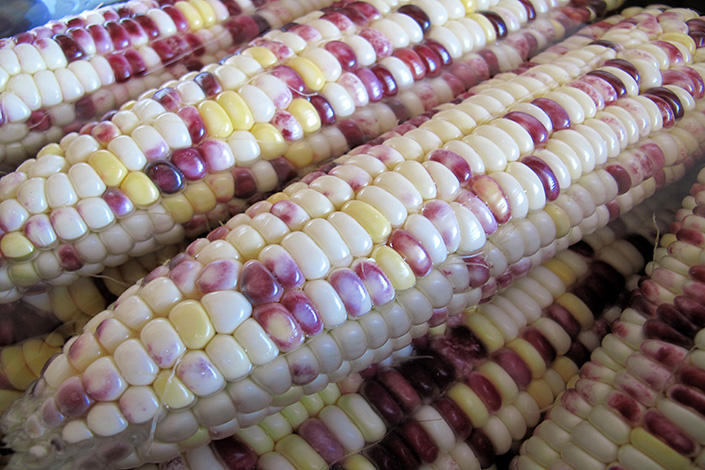 The approval, announced Wednesday by the Ministry of Agriculture (MOA), is part of a commitment made by Chinese President Xi Jinping at a meeting in March with U.S. President Donald Trump at Trump’s Mar-a-Lago resort. The leaders agreed to a “100-day plan” to boost bilateral trade.

According to a statement on its website, the MOA approved imports of 16 varieties of crops that are genetically modified organisms, or GMOs, including corn, soybeans, cotton, canola and beets. While 14 of the approvals were renewals, two were new permits granted for Dow AgroSciences’ Enlist corn and Monsanto’s Vistive Gold soybeans.

Under Chinese rules, GMO crops can be imported only after passing time-consuming safety assessments and receiving an import permit from the MOA. The approvals are valid for three years.

China has tightened controls on domestic cultivation and imports of GMO crops in recent years because of mounting public concern over possible health risks. Imported GMO crops are mainly used for animal feed.

The last approval was granted in January to a GMO soybean variety developed by Bayer AG. No approvals were issued in 2016.

According to Wu Kongming, vice president of the Chinese Academy of Agricultural Sciences, a board of biotech experts started review for the new approvals in late May, shortly after the Ministry of Commerce and Ministry of Finance published the “100-day plan” in which China agreed to assess the import qualification of eight varieties of GMO crops developed by U.S. companies.

“It is unclear whether the six other varieties will be approved,” said a source close to the matter.

With 84 million tons of soybean imports in 2016, China is the world’s largest importer of soybeans, accounting for nearly half of U.S. soybean exports. In 2016, China imported $21 billion of agriculture products from the U.S., making it the biggest market for U.S. agricultural exporters.

Tang Xiaoxiao, a corn analyst at commodity market consultancy SCI99, said he expects only a limited impact on China’s domestic corn market from the new approval because “imported corn has limit advantage to domestic products in term of price.”

The expanded access for U.S. GM crops followed a May agreement that China would reopen its market to U.S. beef exports after nearly 14 years.