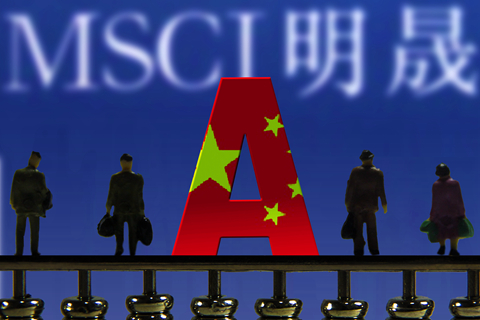 When MSCI on Wednesday decided to add Spring Airlines, alongside the other 221 Chinese A-share companies, to its benchmark indexes beginning in June 2018, Xu appeared ready to up the game.

“Our strategy so far has met investors’ demands,” Xu said.

After three straight years of failed attempts, China’s domestically traded A-shares finally broke into the MSCI benchmarks tracked by $11 trillion of institutional funds globally. The U.S. index compiler estimates the inclusion could lure up to $18 billion of fresh funds to Chinese market “to start with.”

Analysts believe the inclusion might at best give Chinese equities a near-term and moderate boost. Any significant inflows to A-shares, however, will hinge more on the nation’s economic growth and financial reform prospects, they say.

A-shares are yuan-denominated equities traded on the Shanghai and Shenzhen stock exchanges. H-shares are Chinese companies traded in Hong Kong dollars on the Hong Kong bourse. Large companies such as ICBC Ltd. are dual-listed as A- and H-shares.

China has for years conducted painstaking financial reform in a bid to convince international investors that A-shares are investable.

Market watchers believe improved accessibility of the A-share market is one of the key reasons behind the inclusion. For one thing, China launched the Stock Connect program, offering mutual access for investors between the Hong Kong Stock Exchange and the Shanghai bourse, in 2014. In December, another trading link connecting Hong Kong and Shenzhen was added.

MSCI said this year’s decision is also a result of the loosening by the local Chinese stock exchanges of preapproval requirements that can restrict the creation of index-linked investment vehicles globally.

MSCI, for its part, also proposed a less-ambitious plan earlier this year that includes fewer A-share companies with larger market capitalization. That tweak suggested that global fund managers might still have reservations about investing in onshore Chinese equities.

A lift for the large caps?

Having said that, only 5% of the market capitalization of the entire A-share universe will be added to the benchmarks this time. Market watchers believe initial inflows will likely be moderate.

Credit Suisse said the inclusion may extend the recent rally of Chinese blue chips. The investment bank predicted fresh funds will likely flow toward 25 large caps, and their daily turnover could be double or more because of the inclusion.

Chinese stocks edged only marginally higher Wednesday, partly because equities had gained ahead of the MSCI decision.

MSCI said Wednesday that in the future, it may include up to 450 A-shares, depending on the improvement of China’s investment environment.

Bank of America Merrill Lynch predicted that MSCI might need six to nine years to fully integrate A-shares into its Emerging Markets Index. The process could be even longer, depending on the progress of the opening-up of the market and the nation’s capital convertibility.

“This would mean not banning major stockholders from selling shares during periods of market turbulence, not suspending the trading of stocks outside the use of predetermined circuit breakers, and therefore not creating the conditions that lead to moral hazard,” said Ken Jerret, president of the American Chamber of Commerce in Shanghai.

Looks like Spring Airlines’ Xu had it right — and early.

“If we are required to disclose more information following the MSCI inclusion, we are willing to do that,” he said.