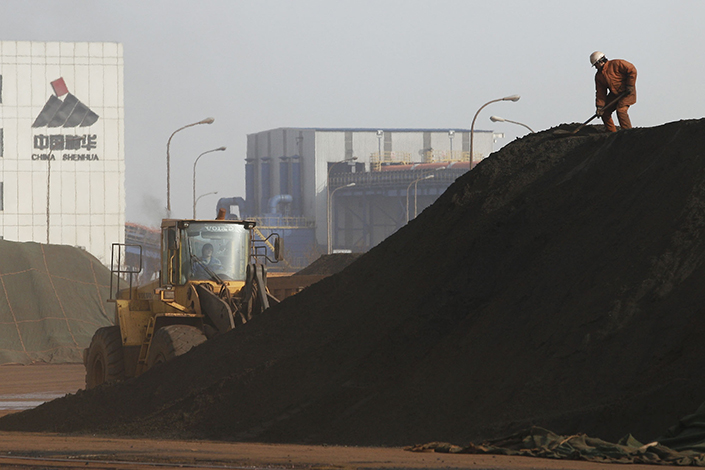 (Beijing) — China’s largest coal producer, Shenhua Group Corp. Ltd., said it is undergoing a major overhaul to create a “major energy company” amid indications it may merge with power generator China Guodian Corp. in a plan that could be unveiled as early as next month.

The expected plan would create a 1.8-trillion-yuan ($265 billion) energy giant based on calculations from the two companies’ total assets, which are 1 trillion yuan and 800 billion yuan respectively. A number of international media outlets reported the possible merger after both firms’ respective Shanghai-listed units requested a halt in trading, citing a “significant matter,” on June 4.

The two units filed separate announcements again on Tuesday, both saying their respective parent companies were “undergoing major asset restructuring with another large state-owned energy company,” but the value of the deal has been confirmed and plans for the deal are still under discussion.

Speculation is that the merger between Shenhua, the world’s largest coal producer, and leading power generator Guodian is highly likely to proceed barring unexpected events, an energy analyst who declined to be named told Caixin in June.

Analysts believed the expected merger would benefit Shenhua’s development strategy of shifting into cleaner energy sources, as Guodian has been one of the most advanced energy firms in this field.

Coal-mining giant Shenhua has total assets valued at 1 trillion yuan by the end of April, with a generating capacity of 56 gigawatts last year, data from the China Electricity Council showed. Despite an aim to become a “first-rate international provider of clean energy,” coal-fired electricity still accounts for 96% of the total generated by Shenhua in 2016, according to its annual statement.

The potential deal is in line with China’s nationwide drive to reform and restructure state-owned enterprises (SOEs). Launched in 2013, the campaign is partly aimed at cutting overcapacity in heavy industries such as steelmaking, coal mining and electricity.

Peng Huagang, deputy secretary general of the State-Owned Assets Supervision and Administration Commission, said at an internal meeting in June that the SOE managing body said there will be at least two more merger-and-acquisition deals among SOEs before the end of this year, reducing the current 102 companies to fewer than 100.