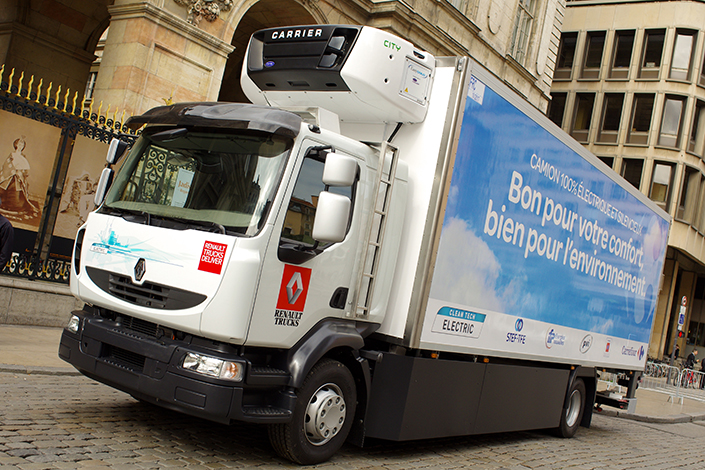 The duo will create a new joint venture in the world’s largest auto market, focusing on the manufacture and sales of LCVs, which are defined as light, commercial vehicles suited to professional or mixed use. Such vehicles include light trucks, vans and minibuses.

Renault will pay 1 yuan (14.7 U.S. cents) for 49% of the shares in Brilliance’s minibus unit, which will be restructured to become the new joint venture that will be 49% owned by Renault, and the rest by Brilliance. After the transaction is completed, the two companies will further inject 1.5 billion yuan into the unit together, which will be paid in proportion to their respective shareholding interest in the unit, the Chinese carmaker announced in a stock exchange filing on Wednesday.

The formation of the new joint venture remains subject to customary regulatory approvals on the Chinese mainland and in Hong Kong, and is also subject to Brilliance shareholders’ approval.

Its light-truck sales dropped 71% last year, while its total profit declined 70% from a year earlier. It reported a net loss of 208 million yuan in 2016 despite a government subsidy of 116 million yuan. The downward trend continues as its net profit declined 51% year-on-year in the first quarter of 2017, according to its filings to the Shanghai bourse.

The board of Brilliance believes the tie-up with Renault marks “a crucial strategic move” and “an important step” to turn the existing minibus operation back to profit.

The new joint venture will work on this by introducing local production of new Renault LCV products, and developing new products utilizing Renault’s technology. Renault will bring new-energy vehicle to the lineup as well, the board said.

Founded in 1899, Renault is one of the leading players in the European LCV market, with a market share of 15.9% in 2016. The partnership will open for Renault a road into the Chinese auto market, which is promising but fettered with stringent regulations.

“By joining hands with CBA, Groupe Renault aims to become a major LCV player in China,” Renault Chairman Carlos Ghosn said. He noted the huge potential of the Chinese LCV market, which account for over 3 million vehicles sales per year.

In 2003, Brilliance founded a joint venture with German luxury vehicle giant BMW, producing BMW passenger cars at two plants in the northeastern city of Shenyang. Since 2013, Renault also has collaborated with Chinese carmaker Dongfeng Motor Group to produce and sell Renault-branded vehicles in the central Chinese city of Wuhan.