By Cai Jiaxin and Li Rongde 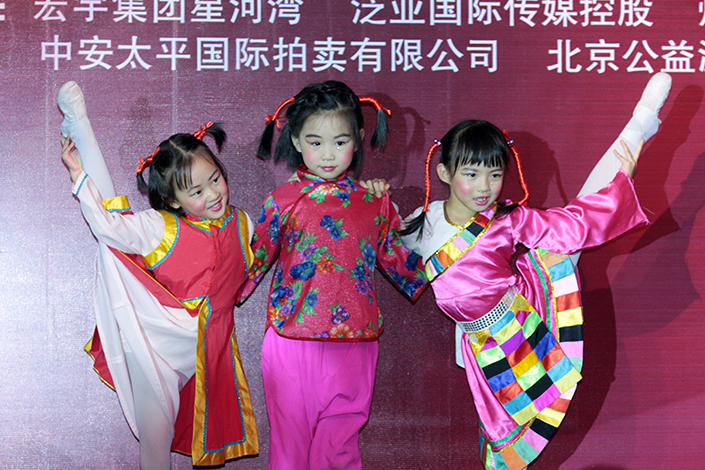 (Beijing) — Four elite schools in Beijing have joined the stampede of education institutions vying to open campuses in China’s Xiongan New Area, in response to a government call to reduce the yawning education gap between the special economic zone and the Chinese capital.

The area, 100 kilometers (62 miles) south of Beijing, has already attracted several universities and high-tech businesses. The designated zone, which is three times the size of New York City or Singapore, aims to transform a sleepy backwater in Hebei province known for its orchards and wetlands into an innovation hub teeming with businesses and research centers.

But, to make the economic zone a success, “the key is to address the yawning gap in terms of access to quality education and health care between Beijing and Hebei,” Wu Hequan, a deputy head of the main planning committee, told the state-run People’s Daily.

The local government in Beijing’s Xicheng District, which is home to many top kindergartens, primary and middle schools, has taken note of the vacuum. It is recruiting teachers and scouting locations for four public schools to open campuses in Xiongan, Sun Shuo, the district’s executive vice director, told the Beijing Youth Daily. This includes the Beihai Kindergarten in downtown Beijing, which is one of the most sought-after preschools in the country.

Sun didn’t reveal the size of these campuses or their launch date, but said more primary and middle schools from the district will open campuses in Xiongan and their locations and size will depend on the area’s overall urban plan.

Plans by schools in Beijing to open branches in the Xiongan New Area may also help reduce the huge funding gaps in education in the region. Authorities in Hebei province spent 6,750 yuan ($993) per year on each primary school student in 2015, according to official statistics. The figure is less than 30% of the amount spent per student in Beijing.

Due to funding constraints, the top three primary schools in Xiongxin county, one of three counties in Hebei encompassed by the economic zone, have one teacher handling a class of 24 to 33 students, a survey by Caixin found. The class size was way above the national standard set by the Ministry of Education, which required one teacher per 21 students.

Several top universities have also responded to the central government’s call to help develop the new area. The prestigious Peking University in May announced plans to set up a teaching hospital that combines research, education and health care services.

Beijing University of Posts and Telecommunication last month said it would establish a research center focusing on 5G telecom networks in Xiongan New Area to take advantage of the hefty government subsidies given to companies that move there.

Hu said schools and universities in Beijing must play an active role in the development of the new economic zone, because this will help attract academics, professionals and entrepreneurs in high-tech businesses to the area.

On top of help from top public schools in Beijing, officials in Xiongan could also turn to Shenzhen for inspiration by reaching out to private investors to bolster the level of public services, including education, said Zhao Yanqing, a professor of urban planning at Xiamen University in the eastern province of Fujian.

The Xiongan new area’s success hinges on whether its administration is as innovative as their counterparts in Shenzhen, he said. The Shenzhen Economic Zone turned a small fishing village into southern China’s tech hub in three decades.

More than one-third of primary and middle schools in Shenzhen are privately owned and over 38% of the city’s students are enrolled in them, according to statistics from the Shenzhen Municipal Education Bureau.

Nationwide, just over 7% of primary school students study in private schools, according to the 2015 China education development gazette.