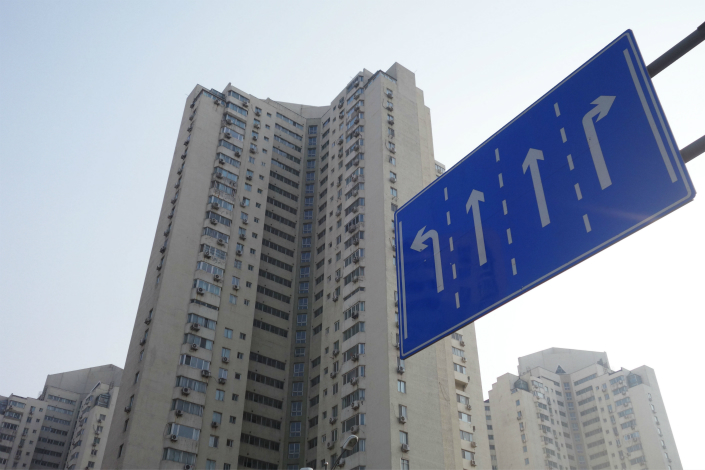 A central bank report has said that excessive leverage in the property market, though largely controllable, should be the focal point of government oversight. Photo: Visual China

(Beijing) — A report released by China’s central bank said that measures introduced to deflate a property market bubble have met with initial success, and capital inflows into the property market have eased as the number of personal home loans moderated.

The 152-page China Financial Stability Report, published by the People’s Bank of China Tuesday, stressed that the financial risks such as excessive leverage in the property market should be the focal point for oversight, while reiterating that credit and liquidity risks within the financial sector remain largely controllable.

The report said irregular loans such as down payment loans are typical credit leverage that helped pushed up housing prices and increase financial risks in the banking system and property markets. Down payment loans, a target of a regulatory crackdown, refer to “loans on loans,” often extended by peer-to-peer lenders to an individual who intends to use the loan to pay the down payment on a property to obtain a mortgage from a commercial bank.

To deflate the bubble in the property market and contain runaway housing prices, local and municipal governments including those in Beijing, Shanghai, Guangzhou, Nanjing and Chengdu have mapped out a blizzard of regulations since October aimed at making home purchases more difficult, which authorities said succeeded in impeding speculation, but also produced some side effects, such as hurting some buyers who intended to purchase property to live in.

“It’s getting more and more difficult to buy an apartment,” a 30-year-old staff member at a Guangzhou airport complained as he visited a property exhibition in the city center in May.

Going forward, the central bank report suggested that different cities should apply diversified policies on housing loans and urged banks to scrutinize buyers’ financial statuses more stringently to weed out the use of illegal financial leverage such as down payment loans.

For developers, the funding tap could run even drier as measures to cut excessive leverage continue. The report said that capital raised from trust companies, wealth management products, bond issuances and insurance companies will be subject to tighter scrutiny in the next phase of curbs.