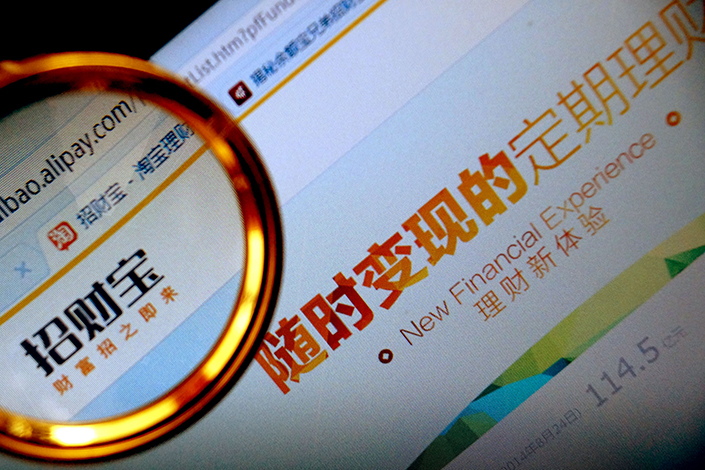 Beginning July 16, a committee led by the People’s Bank of China will conduct random checks on online platforms that sell over-the-counter investment products issued by third parties, and will penalize those that fail to comply with new rules on the sale of such products. Photo: IC

Current rules say no single security can be sold to more than 200 investors in private placements, whether they take place on an exchange or in an OTC market. Investors should also be fully aware of the risks and their suitability.

A committee led by the People’s Bank of China (PBOC) will conduct random checks on online platforms beginning on July 16, and will penalize those that fail to comply with these rules, according to an internal document seen by Caixin. The document didn’t spell out the punishment.

Internet finance, once a regulatory no-man’s land, has become a spotlight following some high-profile defaults. The central bank and other regulators responded by imposing stricter rules and enforcement, hoping to rein in systemic risks that could have spread to the wider financial system.

The default sent shockwaves across the financial market. Sources said it was later found that Zhao Cai Bao had divided Cosun’s 14 bonds into more than 20,000 tranches, compared to the legal limit of 200 tranches per bond. Some investors also pledge their bonds to other investors in exchange of loans, which meant the default affected more people than it should have. It was also found that some investors did not have a risk profile strong enough to acquire OTC bonds.

The central government’s efforts to rein in unruly local OTC exchanges date back to 2011, when the State Council, China’s cabinet, decided to set up a task force under the securities regulator to clean up exchanges engaging in risky investment activities such as illegal fundraising.

There are currently 40 regional equity OTC market in China, which are supervised by the China Securities Regulatory Commission (CSRC), but hundreds of other local exchanges are operating beyond the reach of CSRC but are under the oversight of local governments. As a result, the central government appears toothless in enforcing stricter rules.