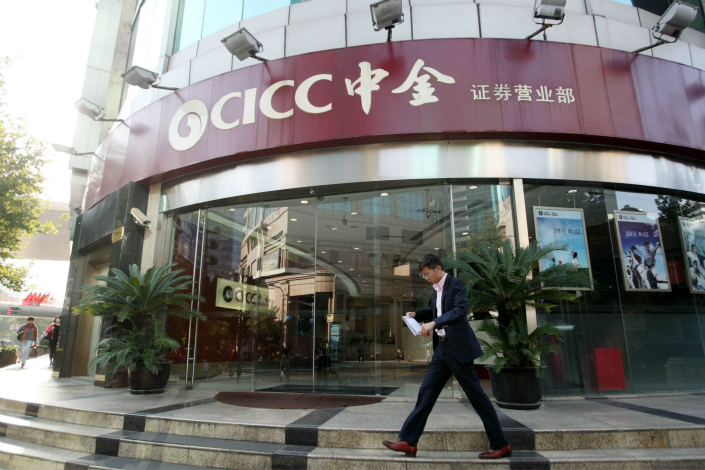 China International Capital Corp. has announced a deal in which it is buying a majority stake in U.S.-based asset management firm Krane Funds Advisors LLC. The price of the deal was not provided. Photo: IC

In a joint statement late Monday, the companies didn’t disclose the size of the stake being sold nor the price.

“We are a Chinese investment bank with unique international DNA,” CICC CEO Bi Mingjian said in the statement. Bi added that the deal will expand the product range available to CICC’s clients.

In a separate email on Tuesday, KraneShares said the U.S. firm will be able to access CICC’s on-the-ground research about China and its institutional clients following the deal.

CICC was founded in 1995 as a joint venture between China Construction Bank and Morgan Stanley, which in 2010 exited the country’s first investment-bank partnership involving a foreign firm. CICC was listed on Hong Kong Stock Exchange in November 2015.

CICC has helped some of the country’s biggest state-owned firms, including the People’s Insurance Company of China, float their shares on stock exchanges.

Following the stock-market meltdown of 2015, CICC has been expanding into retail client services while maintaining its core businesses in investment banking, equity sales and wealth management.

In November, CICC announced a purchase of China Investment Securities Corp. from state-owned Central Huijin Investment Ltd. for $2.5 billion as part of its efforts to expand its business to include retail clients.