By Zhang Erchi and Song Shiqing 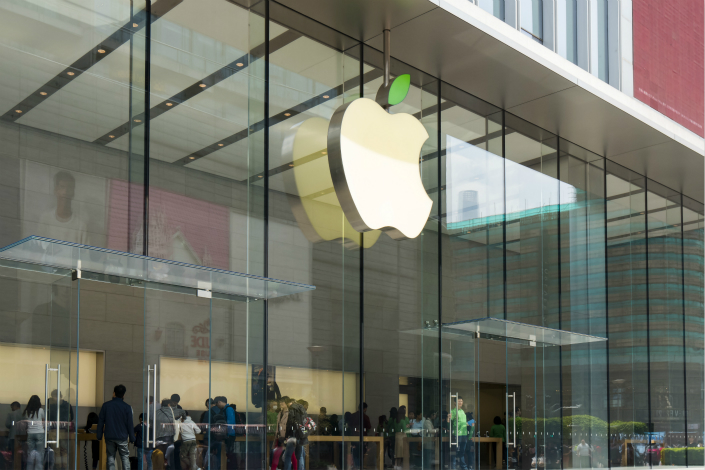 Apple Inc. will become the first foreign company to adjust its data-storage method since China’s new cybersecurity law took effect, as the company plans to build its first data center in the country in a partnership with Guizhou province. Photo: Visual China

Apple Inc. will build its first data center in China by partnering with a provincial government, in a bid to conform to China’s new cybersecurity law while upgrading service quality to revive slowing sales in the country.

The move makes Apple the first foreign company to adjust its data-storage method since China’s new cybersecurity law took effect on June 1, which forbids all personal information and business data collected in China to be stored on servers outside the country.

State-owned data-managing firm Guizhou-Cloud Big Data Industry Co. Ltd (GCBD) will operate the new data center and Apple’s iCloud service on the Chinese mainland, Apple said on Wednesday. The data center will be used to store photos, videos and other information that Chinese users upload to their iCloud accounts.

“The regulations require cloud services to be operated by Chinese companies, so we’re partnering with GCBD to offer iCloud,” the tech giant explained in an official statement to Caixin on Wednesday, referring to the new law.

To address concerns about privacy, Apple stressed it has “strong data privacy and security protections in place,” and promised that “no backdoors will be created into any of our systems.”

China became Apple’s second-largest market in the second quarter of 2015, when the country contributed $16.8 billion to the California-based company’s revenue. China remained in that position until the third quarter of 2016, when Apple reported that its China revenue fell to just $8.8 billion for the last three months of the year, according to the news site Quartz.

Located in the southwestern province of Guizhou, the data center is part of a $1 billion investment project laid out in a strategic cooperation agreement that Apple signed Wednesday with the Guizhou provincial government.

“This is the largest investment and most influential project since Guizhou adopted the strategy to develop big-data technology,” said Ma Ningyu, the provincial government’s deputy secretary-general and director of the province’s big-data bureau.

The data center will be entirely powered renewable energy, like all of Apple’s data centers around the world. It is expected to be the first such data center powered completely by green energy sources in China, Ma added.

Apple said it selected Guizhou province “after careful study.” As the first big-data pilot zone in China, authorities have been providing favorable policies and financial support to the big-data sector in recent years, attracting technology giants such as Alibaba Group, Qualcomm Inc and Tencent Holdings Ltd. to invest in the province.

Apple will register a brick-and-mortar company in the province to provide technology support for GCBD. The pair will jointly set up the main data center inside a national-level economic zone in the province called Guian New Area.

Several major companies, including Huawei Technologies Co. Ltd. and Foxconn Technology Group, have already built data centers in the economic zone, which was established in 2014 by the central government.