One Year On, Didi-Uber Union Still Under Antitrust Scrutiny 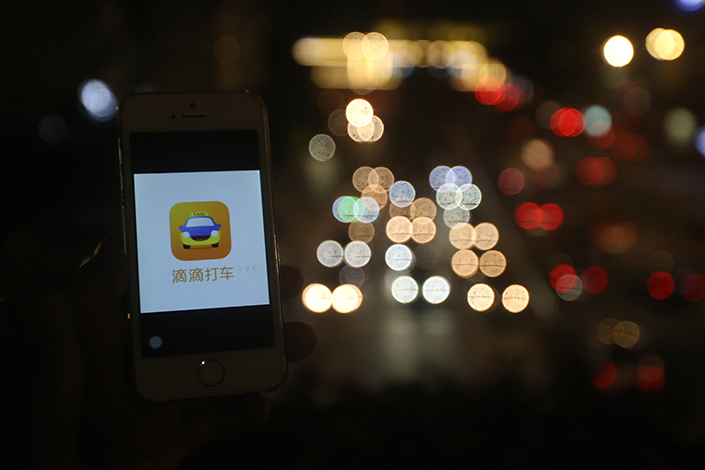 Ride-hailing service Didi Chuxing, whose app is seen above, could be penalized for moving ahead with its union with Uber last year before submitting a premerger application as required by Chinese law. Photo: Visual China

(Beijing) — A year after closing their landmark merger to end a cutthroat ride-sharing price war, Didi Chuxing and Uber China have discovered they’re not off the hook for antitrust review, even though they have already merged their operations.

Following the union’s announcement in August, the nation’s anti-monopoly authorities have repeatedly requested more information on the $35 billion deal, and are still looking at anti-competitive implications for a company that would control 80% of the market, the Ministry of Commerce said at a briefing on Thursday.

If the regulator rules against the merger, Didi Chuxing could be penalized for moving ahead with the deal before submitting a premerger application as required by China’s decade-old anti-monopoly law, the ministry said.

Didi told Caixin on Friday it is cooperating with authorities in the review.

The case could prove a watershed for China’s young anti-monopoly law, as the two sides argue on whether the blockbuster merger met the law’s threshold for an antitrust review. State-run monopolies were the norm during China’s socialist past, making such reviews irrelevant. But Beijing rolled out its antitrust law a decade ago as part of its move to a competition-driven market-oriented economy.

“Our regulators need to assert their responsibilities and protect the market order with the law,” said Cao Lei, director of the China E-commerce Association. “In other nations, a violation of antitrust laws comes with huge financial consequences, a painful reminder not to ever disregard the law again.”

Applauded by investors who were weary of a cash-burning race with no clear victor in sight, ride-hailing giant Uber announced a plan to merge its China operations with Didi Chuxing’s on Aug. 1, 2016.

At the time, Didi said an antitrust review was unnecessary because the two companies combined were earning less than the law’s threshold of 10 billion yuan ($1.5 billion) in annual revenue. But some may say Didi’s revenue ought to be higher than the actual amount it generated from customers and should also include the big subsidies the pair used to promote their services, said Wang Junlin, a Beijing-based anti-monopoly lawyer at the Yingke law firm. “The company may argue that they don’t meet the threshold for an anti-monopoly filing, but many would disagree,” he said. “They burned away any cash they made.”

Despite not receiving a formal application from Didi and Uber at the time of the merger announcement, the Ministry of Commerce launched its own investigation after receiving a complaint from an unspecified third party. If found to have violated the law by not filing for a review, the companies could be fined by up to 500,000 yuan, an amount that experts believe is too low.

Another area where the two sides may disagree lies in addressable market. Didi may believe its market is not just in private car ride-hailing, where it has a dominant position, but may also include a broader market that covers other forms of public transportation like taxi services.

“The lack of reliable figures in the industry is another challenge for investigations in this case,” said Li Min, a partner at Han Sheng law firm. “And this sheds light on the pressing need for the government to collect comprehensive data on new types of businesses.”

While the regulator could technically determine the merger is anti-competitive and thus illegal, some lawyers say it may be too messy at this point to “unscramble the eggs.” Instead, the regulator could demand the merged company set up another player to create a major new competitor.

“Regardless of the results, this should serve as a warning to future deals — think twice before jumping the gun and assuming that no regulatory permission is needed,” said Yingke’s Wang.