Country Garden Blossoms in First Half, but Expects Modest Rest of Year

By Jiang Bowen and Pan Che 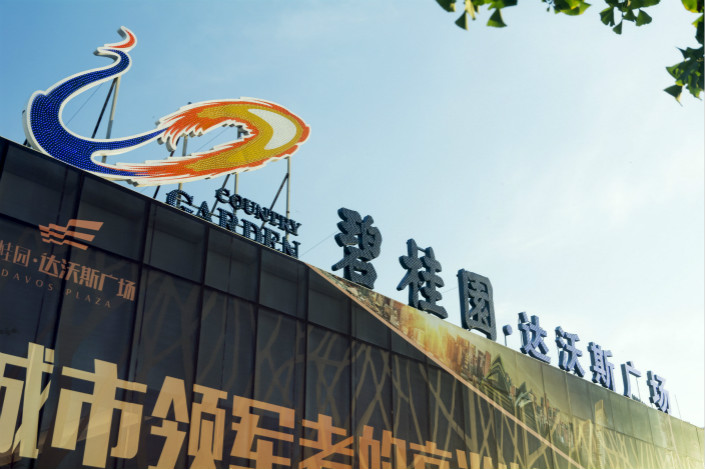 Chinese real estate giant Country Garden’s sales in the first seven months of this year reached 333.9 billion yuan, 84% of their original 2017 target and higher than all of 2016. Photo: IC

(Beijing) — Chinese private real estate behemoth Country Garden is raising its annual sales target to 500 billion yuan ($75 billion) after posting better-than-expected sales for the first half of the year.

Country Garden management said it decided to raise the target by 100 billion yuan over the 400 billion yuan it set earlier this year, the company said during a press conference Tuesday in Hong Kong, during which it revealed its first half financial report.

Country Garden saw sales in the first seven months of this year reach 333.9 billion yuan, 84% of their entire original 2017 target and higher than all of 2016.

The company — which is also involved in the hotel and resort businesses — is best known for developing a residential project in Malaysia’s Iskandar Development Region, dubbed Forest City, which covers an area of 2,000 hectares adjacent to Singapore.

Sales of Forest City units to Chinese mainland buyers — which had been heavily reported in the media, including on state-run television — were halted in March, allegedly due to Chinese government measures to rein in capital outflows, according to Singaporean media-outlet Lianhe Zaobao.

The project had succeeded in attracting Chinese buyers with promises of affordable prices and access to Malaysia’s visa program for long-term stays, according to the South China Morning Post.

In response to a question during the press conference about whether the higher sales target is too conservative, Mo Bin, the company’s president and executive director, said the company will cope with the government’s homebuying curbs and pace its sales accordingly. “A 500-billion-yuan target is fit for the company’s current development,” he said.

For land resources, a survival lifeline for Chinese developers, the Guangdong-based company said it is prepared to spend 220 billion yuan on land in 2017.

“Country Garden will continue to enhance its presence in the land market in first- and second-tier cities, while focusing on development of premium land pieces in smaller cities,” Mo said.

Asked in the press conference whether the Forest City project was affected by the tightened regulations on capital outflows, Wu Bijun, vice president and CFO, said, “Due to the controls on capital flight, the project is being geared towards global buyers.”

In January, the State Administration of Foreign Exchange stepped up scrutiny on individual purchases of U.S. dollars, asking buyers to provide more information about how the money will be spent and to sign agreements that the money will not be used to buy property abroad.

Forest City is currently open to buyers from 23 countries, and Country Garden expects to see more foreign, rather than Chinese, buyers, whom the company anticipates will account for a tiny fraction of all purchases.

The company’s financial report showed that as of the end of June, net profits rose 39.2% to 750 million yuan and revenue from real estate developments grew 34.4% to 7.45 million yuan.