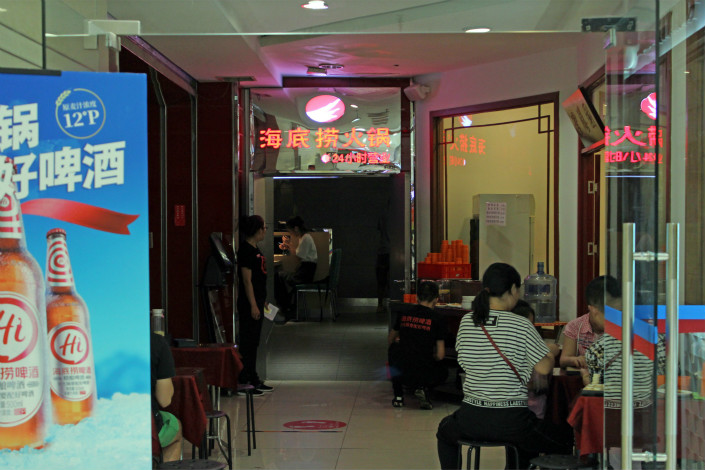 (Beijing) — Workers at a famed spicy hot pot chain in Beijing used a ladle to clear gunk from a kitchen drain and washed dustpans in the dish sink — and city health officials want to know why.

The city began inspecting all local restaurants of Sichuan Haidilao Catering Co. Ltd. over the weekend after the Legal Mirror ran an exposé featuring undercover videos of rats and other sanitation problems at two of the chain’s restaurants in Beijing.

The city’s health inspector said the two-week inspection will cover all of Haidilao’s kitchens in Beijing and its food suppliers. It will examine every restaurant’s business license, the sanitary conditions of the restaurants’ respective dishwashers and utility rooms, as well as the measures the restaurants took to stave off rats and cockroaches.

The city Food and Drug Administration also downgraded Haidilao’s sanitation rating. It has ordered the chain to conduct a major overhaul and open all of its kitchens in Beijing for public visitation in a month’s time.

Haidilao takes responsibility and accepts the punishment of the city’s health inspector, the company said Sunday in a statement on its website. It pledged to respond to all the problems and suggestions supplied by the media and the public.

Sichuan province-based Haidilao specializes in spicy Sichuan-style hot pot. It has won a national reputation for excellent service since it was founded in 1994. It has restaurants in about 60 cities in China, and has opened outlets in Los Angeles, Singapore, Seoul and Tokyo, according to the company’s website.