How Did an Ambitious Cross-Border Settlement Firm’s Dream Turn Sour? 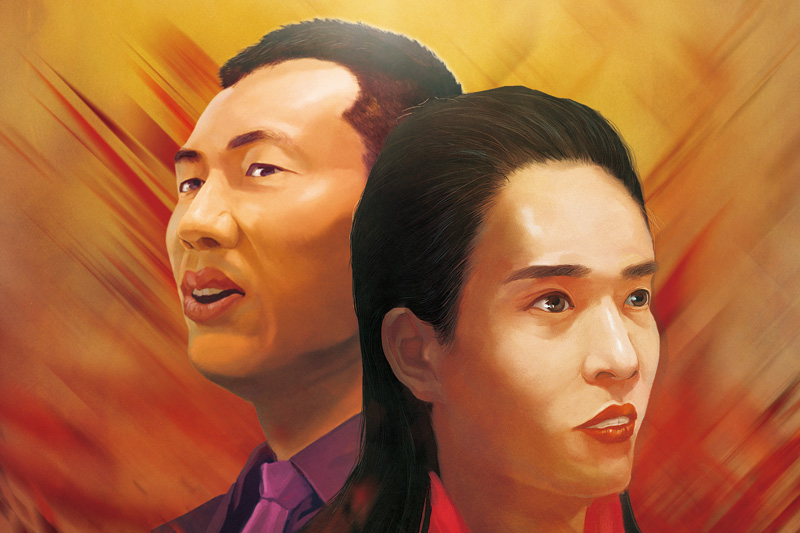 A financial technology enterprise has raised market attention and secured billions of yuan from state investors with its eye-popping blueprint to become a cross-border settlement giant comparable to the Society for Worldwide Interbank Financial Telecommunication (SWIFT) system.

But some experts are asking whether its dream is too big. And it has drawn the attention of graft investigators for its murky connections with local officials, including former Chongqing party chief and Politburo member Sun Zhengcai, who was recently put under investigation.

Established in 2008 as a big-data company, Chongqing-based IZP Group said on its website that is has created a business network covering 104 countries and regions, with offerings that include big data, payment, customs clearance, as well as other trade and financial services.

The company is often praised as a role model by Chongqing officials for its fast growth and business, which are seen as a perfect complement to Beijing’s “Belt and Road” initiative, which is eyeing to boost trade links between China and countries in Asia, Africa and Europe.

Some investors are critical of it. “Not everybody can invest in IZP. It is a mysterious company that many investors can’t get into,” said one industry source.

Over the past few years, IZP and its subsidiaries have raised billions of yuan from state-backed investors, including the central government-owned conglomerate China Merchants Group, which poured in 400 million yuan ($61.0 million) into IZP’s payment unit in 2015.

IZP attracted investors with its plan to build a transaction settlement network connecting central banks, commercial banks and merchants around the globe, akin to the system operated by SWIFT. But some industry analysts doubt the goal is realistic due to the complexity of financial regulations, security and money-laundering issues.

Meanwhile, its intimacy with the Chongqing officialdom has triggered concerns. Unease surrounding IZP has mounted since April after Mu Huaping, the municipality’s deputy mayor and a key supporter of IZP’s business, disappeared from public view. No official statement regarding Mu’s whereabouts has been issued.

Sun, the then-chief of Chongqing’s Communist Party Committee, was also a major backer of IZP, sources told Caixin. The Communist Party’s graft buster removed Sun on July 14 and announced on July 24 that Sun was being probed for “serious violations of party discipline,” a phrase that usually refers to corruption.

As of Sept. 13, IBS had seen its share price plummet to HK$0.4 (5.1 U.S. cents) from its HK$1.79 high in mid-April. An official close to regulatory bodies told Caixin that an IZP subsidiary’s cross-border transaction license was revoked by the State Administration of Foreign Exchange in April over suspicion of falsified transaction data after an inspection of cross-border payment companies’ business operations.

But an IZP employee in Beijing told Caixin in late July that Huang and Luo have remained overseas for the company’s business. Caixin has been unable to reach either Huang or Luo for comment.

Caixin found that IZP has reduced the number of employees at its Beijing offices to dozens from hundreds last year. Company Vice President Li Na declined to comment. The ambitious plan

Established by Luo Feng in 2008 as a tech firm specializing in data mining for advertisers, IZP was little-known in the industry until it obtained a cross-border payment service license by acquiring Shenzhen-based payment company Globebill for 1 billion yuan in 2014. Globebill is one of the 17 cross-border payment providers licensed by the State Administration of Foreign Exchange in a 2013 pilot project.

After the acquisition, IZP restructured Globebill and relocated it to Chongqing. Several sources close to the matter said Mu Huaping, then the party chief of the city’s Yubei district, offered great support to IZP’s business in Chongqing and arranged a 270 million yuan investment into Globebill by several companies controlled by the district government in exchange of 25% stake in Globebill in April 2014.

The 52-year-old Mu was named Chongqing’s deputy mayor in June 2016, overseeing the city’s tech industry development, but he hasn’t appeared in public since April this year.

IZP has quickly expanded in the business of data mining, e-commerce and cross-border payments. In November 2015, Globebill received a 60 million yuan investment from a Chongqing government industrial fund and over 400 million yuan from China Merchants, according to local media. China Merchants valued Globebill at 3 billion yuan.

Deng Weidong, director of China Merchants’ capital investment and management department, told Caixin in August that the company was attracted by Globebill’s business perspective in payment and cross-border transactions.

According to the official newspaper Chongqing Daily, Globebill completed $150 billion worth of transactions in 2015, generating net profits of $55 million. But the figures sparked doubts from industry experts as central bank data showed that the total value of cross-border transactions handled by over 20 payment companies was only $3.3 billion from 2013 through July 2015.

IZP also jumped onto Beijing’s Belt and Road initiative in 2015 to expand its appearance overseas and quickly become a leading player of the program. In 2015, IZP initiated a Belt and Road data center as an informational database for countries in the program. In November 2016, the company partnered with China Merchant and the Finance Ministry of Djibouti to set up the Silk Road International Bank, the first China-funded bank in Africa. IZP also announced the launch of a transaction settlement system in some countries in the Belt and Road initiative and set up partnerships with several central banks.

Support from the Chongqing government has apparently benefited IZP’s overseas expansion, sources close to the company said. “It makes people feel that they have some official backing,” said a source.

However, even at the height of its business expansion, it is not all roses for IZP.

In November 2016, then-Chongqing Mayor Huang Qifan said publicly that if IZP really wanted to engage in cross-border transaction settlements comparable to international giant SWIFT, it should consider raising money from IFC and other sovereign wealth funds.

For the investment, IFC partnered with private equity fund Hopu Fund to carry out a months-long due diligence study on IBS. But it decided not to invest, citing concerns over the feasibility of IBS’ business model.

IBS revealed a plan in September 2016 to develop a new generation settlement network to facilitate cross-border transactions for Belt and Road projects. The ambitious plan cheered the market up and tripled IBS’ share price over the following months until April.

An executive at Hopu said that after rounds of interviews with IZP and IBS managers, including Luo and Huang, Hopu and IFC didn't find their business plan convincing. In March, Hopu and IFC dropped the plan to invest in IBS, and so did other international investors.

The Hopu executive said that to make its settlement network plan successful, IZP must obtain approvals from various central banks and win support from a huge number of commercial banks. The operation of the network will also face complicated policy and technical issues related to financial regulation, security and anti-money laundering supervision. “It is not an easy task for any business entity in the world,” said the executive, adding it will take about 20 years for IZP to develop such a network.

But IBS said in its latest financial report that its new settlement network had competed development and a trial run as of March. Thirty banks in China, Europe and Asia have connected with its platform and started clearing transactions via the platform. However, IBS didn’t name the partner banks.

The Hopu executive said the actual operation of IBS’ settlement platform remains a question as the company’s cooperation with banks may still remain in theory.

Sources close to IZP told Caixin that the IBS’ settlement platform hasn’t been connected with China’s official clearing system operated by the central bank. Instead, IBS has signed an agreement with the Industrial and Commercial Bank of China on settlement cooperation, but the agreement remains at a framework stage.

Many investors are suspicious about IBS’ business operation and financial situation as company executives can’t name a single partner or provide detailed figures about its business, several people involved in IBS’s placement said.

“The company is not professional enough and especially mysterious,” one source said.