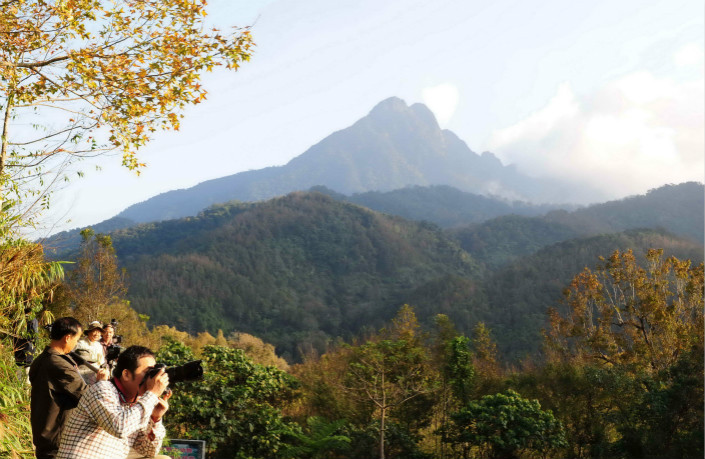 Chinese tourists have fallen in love with subtropical Hainan — but the island province isn't looking for anything more than a brief fling.

Hainan province has announced two policy changes aimed at cooling a property market crowded with out-of-province homebuyers, on the eve of an eight-day national holiday.

Authorities in China’s southernmost province, a popular destination for domestic tourists, said Friday evening that they will stop issuing construction permits for some types of commercial residential projects with dwellings smaller than 100 square meters.

This restriction applies to hotel-style condominiums, but does not include housing for low-income families or owner-occupied commercial and collectively-owned developments marketed to Hainan residents.

The Hainan government also published a document Friday announcing a “permanent end” to new property developments targeting non-Hainan residents in one of the subtropical island’s cities and three of its counties. The four areas, which have now been designated Hainan’s “Central Ecological Core Areas,” are the city of Wuzhishan, and the counties of Baoting, Qiongzhong and Baisha.

“Only subsidized housing and improvement-making commercial developments aimed at solving local residents’ housing needs will be allowed” in these areas, the government statement said.

Hainan, especially Sanya on its southern coast, attracts millions of domestic visitors escaping smoggy northern winters each year, thanks to its mild climate and clean air. In 2010, the provincial government announced their goal of turning Hainan into an “international tourism island.” More than 80 million tourists — only about 1.2 million of whom will be from outside China — are expected to visit Hainan annually by 2020, according to the province’s 13th Five-Year-Plan.

Many domestic tourists are repeat visitors who purchase vacation homes on the island, and the provincial government has in recent months begun clamping down on real estate investment from out-of-province buyers. In April, Hainan banned buyers from getting mortgages for third homes, and also banned non-resident from buying second newly built homes on the island.