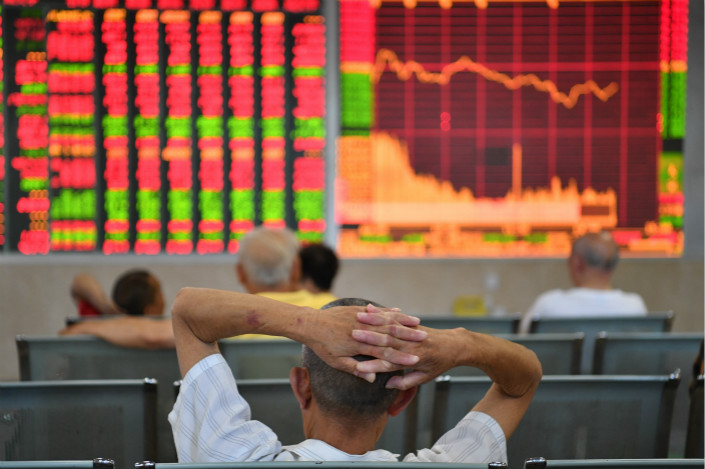 On the Chinese mainland stock market, there are eight products with smart beta elements. These products manage between 4 billion yuan ($603.74 million) and 6 billion yuan in assets, accounting for just 0.15% of all exchange-traded funds (ETFs) in the market. Photo: Visual China

To put it simply, “smart” beta strategies seek higher returns by replicating asset allocation of indices based on factors other than market capitalization and share price — factors that have been the bedrock of “pure” beta strategies.

The alternative factors could be volatility, dividends, or even demographic trends. And compared with alpha strategies — a fancy name for the opposite, active investment style — smart beta strategies are more cost-effective due to the benefits of passive indexing, and more rule-based and transparent for investors.

In China’s A-share stock market, there are eight products with smart beta elements. These products manage between 4 billion yuan ($603.74 million) and 6 billion yuan in assets, accounting for just 0.15% of all exchange-traded funds (ETFs) in the country, according to Jason Hsu, honorary president of Caixin Rayliant Smart Beta, a sister company of Caixin Global.

On Tuesday, two ETFs derived from smart beta indices developed by Caixin Rayliant debuted on the Hong Kong stock exchange. The CSI Caixin Bedrock Economy Index measures the contribution of midsize and large companies on the real economy, with factor drivers including value and volatility. Another, the CSI Caixin New Economic Engine Index, gauges the trend of listed new-economy companies in China, with quality and growth as factor drivers.

Laura Lui, co-chief investment officer of Premia Partners, which manages the two ETFs, said: “The ETF market in Asia has huge room for product innovation, and a strong demand for sophisticated investment strategies.”

Europe has the world’s highest penetration rate of smart beta strategies, followed by North America. In a report “Smart Beta: 2017 Global Survey Findings from Asset Owners” published by index compiler FTSE Russell, 60% of asset owners in Europe said they have adopted smart beta strategies. The biggest allure of smart beta includes risk reduction, returns enhancement, improved diversification and cost savings, the report added. Smart beta has grown the strongest among those with $1 billion to $10 billion assets under management, it said.

In the U.S., $681.6 billion worth of exchange-traded funds (ETFs) were based on smart beta strategies during the first half of this year, or 23% of the nation’s ETF market, according to an ETF tracker eft.com.

Blockrock, the world’s largest money manager, has predicted that smart beta ETFs will be managing $1 trillion globally by 2020, and surpass $2.4 trillion by 2025.

Why has China been slow to embrace smart beta?

Firstly, passive investing in China is less popular than active investing, especially among retail investors who are after short-term gains. Smart beta is more tailored to institutional investors because of the complexity of the concept.

Thirdly, some asset classes such as bonds are difficult to make into an index, either because they are less liquid and volatile than stocks, or because the market is already dominated by alpha investors.

Caixin Smart Beta is developing its third smart beta index that measures anti-poverty efforts among state-owned and private listed companies. This CSI Caixin China Anti-Poverty Index is expected to launch by the end of this year.

It remains unknown whether smart beta ETFs have a comparative pricing advantage over ordinary ETFs, so it’s unclear whether the former can be offered at lower prices to investors.

For smart beta to become popular, efforts should be spent on replicating results to reaffirm the validity of factor drivers and to preserve the integrity of data, market watchers say.

Looking ahead, when artificial intelligence and machine learning gains more traction in the financial world, smart beta could be one of the most important tools in investment advisory, said Robert Arnott, CEO of Research Affiliates LLC, which has been an advocate of smart beta investing.