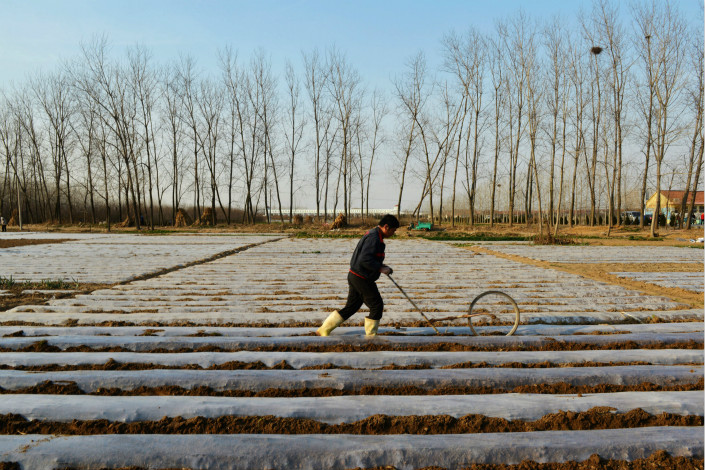 The rural household land-lease system was introduced in the 1980s, and leases were extended for 30 years in the late 1990s. Photo: Visual China

China’s top legislature is poised to amend a rural household land-lease law and thus fulfill a pledge from Xi Jinping, general secretary of the ruling Communist Party, to extend leases for 30 years beyond current expiration dates.

The extensions would affect a vast number of households including farm families who lease property for village homes, grain farms, vegetable plots, vineyards and orchards from the government. Most of these leases are currently due to expire around 2027.

Rural China had a population of more than 589 million last year, according to the National Bureau of Statistics. Rural areas encompass villages as well as croplands, including some 113 million hectares of grain farms.

When addressing the 19th National Congress of the Communist Party, which concluded Tuesday in Beijing, Xi said the party has committed to extending rural household land contracts.

The extension initiative will now be considered by the Standing Committee of the National People’s Congress, the country’s top legislature. The committee plans to meet before November to deliberate a draft revision of the Rural Land Contract Law, according to a social network posting by The People’s Congress of China, the committee's bimonthly magazine.

The report did not say whether the committee, which manages congress' functions when legislators are not in session, has set a timetable for enacting the amendment.

The rural household land contract system was introduced in the early 1980s shortly after China began its reform and opening-up campaign. Initially, rural households could lease land for 15 years. When those leases expired in the late 1990s, extensions were granted for another 30 years until the late 2020s.