Regulators Give Developers of Rented Housing a Financial Boost 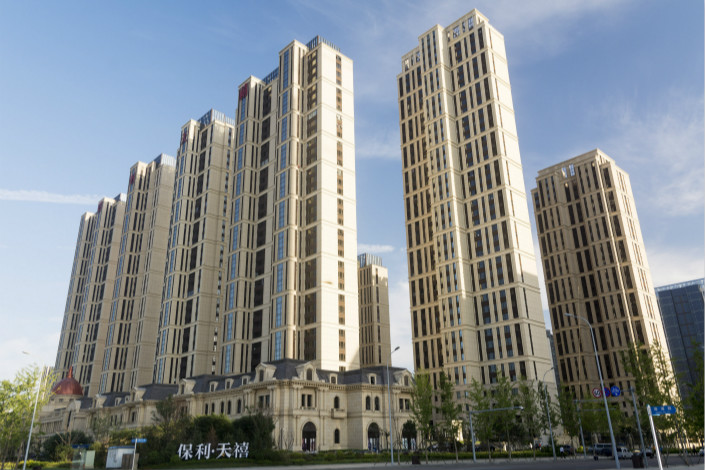 (Beijing) — One of China’s largest state-owned real estate companies has secured regulatory approval to securitize some of its rented-housing assets as the government ramps up efforts to expand the rental property market to help those who can’t afford to buy a home.

Poly Real Estate said it plans to raise a total of 5 billion yuan and will sell the first tranche of AAA-rated securities to a pool of 200 qualified investors on the Shanghai Stock Exchange, although it didn’t specify the size of the offering. Both retail and institutional investors are eligible to buy the shares, although the minimum investment is 1 million yuan. Further tranches will be sold within the next two years, the company said in a statement.

Regulators are opening the door for developers to raise money from their rental-property portfolios as the government has put a priority on expanding the rented-housing market amid a shortage of affordable homes. Millions of people, including young married couples and migrant workers, have been unable to get on the property ladder because of soaring prices.

The country’s first ABS based on rented-housing assets was issued by Mofang Service Apartment Group in January. It raised 350 million yuan through a sale on the Shanghai Stock Exchange, according to a report from Tianfeng Securities. Most investors were institutions. CYPA, which was set up in 2013 and offers rented accommodation to white-collar professionals in Beijing and other major cities, won approval from the Shenzhen Stock Exchange for its 270-million-yuan ABS on Oct. 11.

Xi Jinping, the head of China’s ruling Communist Party and the country’s president, reiterated the commitment to rented homes in his political report to the 19th National Party Congress last week. “Houses are built for living, not for speculating,” Xi said, adding that the government will “make rental housing as important as home purchasing.”

The State Council, China’s cabinet, last year called on local governments to develop the rental market. In July, the central government announced that 12 cities with net population inflows had been chosen to take part in pilot programs to test various strategies.

Nine ministerial-level agencies, including the Ministry of Housing and Urban-Rural Development and the National Development and Reform Commission, which put the initiative together, said in their guidelines that more financial support will be given to firms engaged in the home-rental market, including improved access to direct financing and the ability to sell corporate bonds and asset-backed securities, including REITs.

A REIT is a company that owns and operates properties that generate income such as apartments, offices, shops and warehouses. It allows property developers and investment companies to raise money by pooling their property assets and turning them into a security that can be sold in the form of individual shares, a process known as securitization. For investors, it provides a stable income stream in the form of dividends from the rental income the REIT obtains from its properties. It also offers the prospect of capital appreciation.

China has yet to give the green light to REITs that follow standards used in other developed economies because it is still preparing a legal, taxation and regulatory framework to govern the industry. But it has started to allow developers to issue asset-backed securities and quasi-REITs — products with similar characteristics to trusts and which are publicly traded on the country’s stock exchanges but are offered only to institutional investors. Property developers see these products as a good way of diversifying their sources of funding as the government imposes limits on their ability to raise money from other sources such as bank loans, bond issuance and the shadow-banking market.

The Economic Information Daily newspaper reported in September that the China Securities Regulatory Commission was accelerating the drafting of rules that would allow REITs to be sold to individual investors. It also said that trusts whose underlying assets were privately owned and government-provided rental housing would be the first to get the green light.