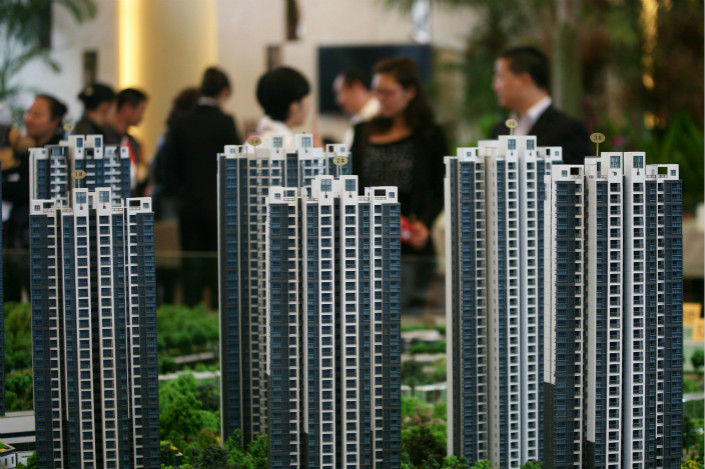 The government inspection’s goal is to prevent real estate developers and agencies from providing false or misleading information to homebuyers. Photo: Visual China

(Beijing) — Chinese regulators will increase scrutiny over home price-setting in a nationwide inspection, signaling that policies to curb speculation in the real estate market will continue.

The announcement of the greater oversight came a day after the conclusion of a twice-a-decade national party congress, which sets the tone for the country’s development.

The inspection will take aim at fraudulent price-setting by real estate developers and agencies, in a bid to prevent them from providing false or misleading information to homebuyers, according to a joint statement from the National Development and Reform Commission and the Ministry of Housing and Urban-Rural Development.

The statement is in line with housing-market guidelines announced last week at the 19th National Party Congress, and is the first regulatory action following the important political event, said Yan Yuejin, research director of E-House China, a real estate consultancy.

“Homes are for living, not for speculating on,” said Xi Jinping, who received another five-year term as head of the ruling Communist Party at the close of the congress. His statement echoed the regulatory bodies’ rhetoric in their bid to contain rampant speculation in the market.

The inspection — which will be carried out from Monday through Nov. 30 — will “punish those who violate the spirit of the guidelines in the market for new and existing home sales,” Yan added.

The check will also seek to uncover deliberate delays or suspensions of home sales that some developers employ when they expect a rebound in property prices, which have been subdued due to a raft of policies over the last few months.