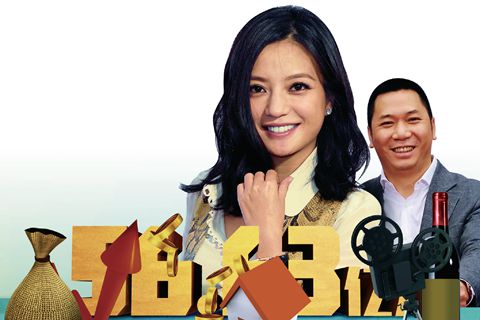 Actress "Vicki" Zhao Wei and her husband, Huang Youlong, were both fined $45,200 by the China Securities Regulatory Commission for disrupting the market and undermining investor confidence in their company's failed acquisition of the present-day Zhejiang Sunriver Culture Co. Photo: Visual China

“Vicki” Zhao Wei — who rose to fame in the 1990s for her leading role in the mainland TV drama “My Fair Princess” — and her husband were banned from the securities market for five years for “seriously misleading the market and investors,” the regulator said.

The China Securities Regulatory Commission’s (CSRC) ruling followed an investigation of last year’s attempted acquisition of animation studio Zhejiang Sunriver Culture Co., which was Zhejiang Wanjia at the time, by a company controlled by Zhao and her husband, Huang Youlong.

The ruling, which also includes fines of 300,000 yuan ($45,200) each for Zhao and Huang, was disclosed in a statement that Zhejiang Sunriver issued on Thursday.

Longwei Culture & Media, controlled by Zhao and Huang, announced in December a plan to acquire 29% of Zhejiang Wanjia for 3.06 billion yuan.

However, Zhao and Huang were found to have given investors the impression that they had secured sufficient funding for the deal when in fact they had not, the statement cited the CSRC as saying. The deal was eventually scrapped due to its insufficient funding.

Longwei was officially set up on Nov. 2, 2016, nearly two months before the Sunriver deal was announced. Longwei’s registered capital was only 2 million yuan, with Zhao holding a 95% stake.

The CSRC found that Longwei did not properly disclose the uncertainties on its funding in its regulatory filings, failed to provide more details at the regulator’s requests, and falsified some of the information in its disclosures.

The regulator at that time found the attempted acquisition was heavily leveraged by loans that had not been secured.

When the deal was believed to be on the verge of closing, Longwei said on Feb. 13 that it decided to acquire only 5% now for 529 million yuan, citing “huge uncertainties for securing funds on time.” On April 1, Sunriver announced that both parties agreed to cancel the deal.