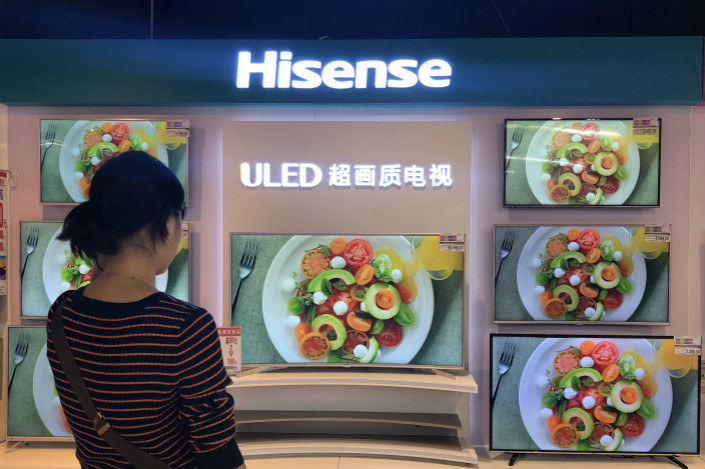 The deal, involving 95% of Toshiba Visual Solutions Corp’s shares, is expected to be completed on or after the end of February, Toshiba said in a statement Tuesday.

As the new owner of Toshiba Visual Solutions, Hisense will gain the right to sell televisions and other displays under the Toshiba brand on the global market for 40 years.

The Japanese giant has been shedding business lines since an accounting scandal in 2015, when it was found to have overstated its earnings by more than $1.2 billion for the previous seven years.

In March 2016, it transferred 80.1% of the shares of its home appliance business to Chinese competitor Midea Group for 53.7 billion yen. In September, a consortium led by Bain Capital LP acquired Toshiba’s chip unit for 2 trillion yen.

Hisense President Liu Hongxin said that after the deal, Hisense will devote more resources to improving research and development, its supply chain and sales channels to boost the market share of Toshiba Visual Solutions.

Hisense, whose business includes TV manufacturing, has been expanding outside China since 1996 and now runs businesses around the world. It ranked third worldwide in TV shipments in 2015 and 2016, according to market research firms IHS Markit and WitsView.