By Huang Ziyi and Pan Che 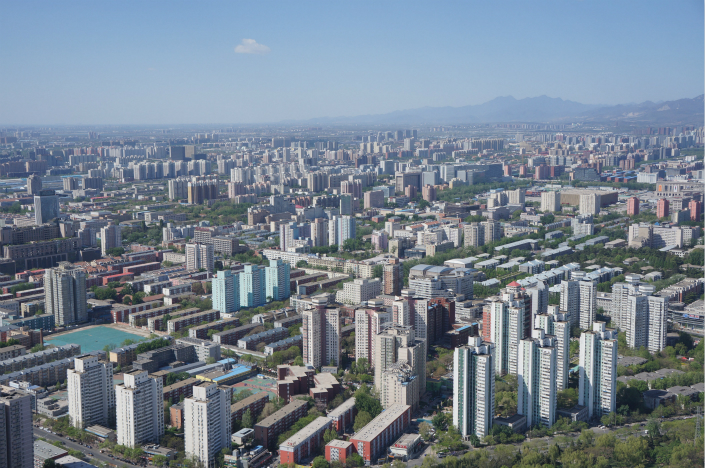 Beijing will allow rental housing to be built on 1,000 hectares (3.86 square miles) of rural land from 2017 to 2021. Above, residential buildings are seen in China's capital on April 18. Photo: Visual China

Beijing will tap into its supply of rural land to increase the number of rental houses on the market, a plan that experts say may help to ease rents.

As one of 13 Chinese cities — several of them provincial capitals — enrolled in a pilot program to use rural land to build up stocks of rental housing, Beijing will allow such projects to be built on 1,000 hectares (3.86 square miles) of rural land from 2017 to 2021, said a guideline jointly published Thursday by the city’s urban planning and housing departments.

An unnamed official with the Beijing Municipal Commission of Urban Planning and Land Resources, one of the two departments behind the guideline, was quoted by the state-run Xinhua News Agency as saying that measure will “build up a housing system based on properties both for renting and selling.”

There are currently about 2.5 million residential rent units in Beijing. Zhang Dawei, analyst-in-chief at Centaline Property, told Caixin that the 1,000 hectares of rural land will be able to accommodate 300,000 to 400,000 new units, which will increase the city’s total rental housing stock by 10% to 15%.

“Achieving this goal will be very difficult,” Zhang said. “But if it is completed, rents in Beijing will drop dramatically.”

The authorities have said that the rents for the housing projects built on rural land will be set on a market-orientated basis through a comparison with rents in neighboring communities. The government has also pledged that public services such as schools and hospitals will be offered near these rental projects.

Leases that will be offered to renters will be for three and 10 years, with leases for less than three years available only upon special request.

The guideline didn’t specify where the plots of rural land that will be used for this initiative are located.

However, similar projects launched by Beijing in late 2016, which involved a total of 38 hectares of rural land that was used build subsidized housing, were all located in Beijing’s suburbs.