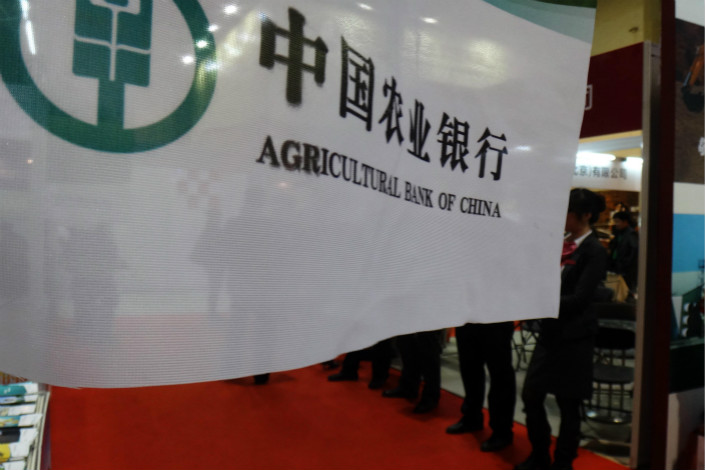 In 2015, investigators found that $587.6 million worth of the Agricultural Bank of China’s bills of acceptance, a tradable certificate of a future payment that a bank has promised to make on behalf of a client, had been replaced in a bank safe with a pile of newspapers. Photo: IC

China’s banking regulator barred four former employees of Agricultural Bank of China from ever again working in the banking sector for allegedly embezzling some 3.9 billion yuan ($587.6 million) worth of bills of exchange more than two years ago.

The China Banking Regulatory Commission also slapped the bank’s branch in Beijing, the center of a scandal that “severely violated operational prudence,” with a 19.5 million yuan fine.

The four ex-employees were all specialists in the bill financing unit of the bank’s Beijing branch, people familiar with the matter told Caixin. Of the four, Yao Shangyan was the head banker of bill financing.

The banking regulator’s Beijing branch also signed off on punishments for five former managers at the Agricultural Bank of China’s branch, according to an announcement issued by the regulator on Friday.

Long Fang, director of the financial market department, was banned from working in the banking sector for 10 years. And two assistant directors of the department, Hu Zegang and Wu Zeng, were each fined 100,000 yuan.

One of the branch’s vice presidents, Yin Jun, was barred from taking any senior position at any bank for 10 years. Another, Xin Ming, was subject to the same ban for one year.

In January 2015, the Agricultural Bank of China, the country’s third-largest lender by assets, said that it had found a “major risk hazard” regarding 3.9 billion yuan worth of bills of exchange. Investigators found the banker’s bills of acceptance, a tradable certificate of a payment that a bank has promised to make on behalf of its client in the future, had been replaced in the bank’s safe with a pile of newspapers.

A source from the bank told Caixin that Yao and others dodged four spot checks in 2015, but their misdeeds were finally exposed in an internal audit.

Caixin earlier reported that Yao colluded with others to sell the bills to China Minsheng Bank for an unspecified amount of cash, and agreed to buy them back. The Bank of Ningbo also acted as an intermediary in the deal, Caixin learned.

Previous court filings from the People’s Procuratorate of Chongqing revealed that Yao illegally sold the bills to an intermediary broker called Wang Bo, who later invested the proceeds in high-risk stocks and suffered huge losses during the market turmoil in 2015.

It is unknown how much, if any, of the embezzled funds the bank has managed to recover.