By Huang Kaixi and Yang Ge 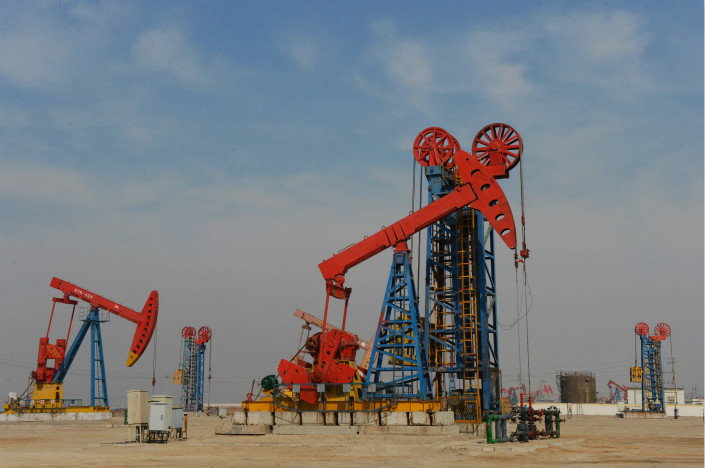 State-owned oil giant China National Petroleum Corp. will spend the next year moving its various services units into a new company that will eventually be listed. The new oil services company will have roughly 172.3 billion yuan in assets and 68.1 billion yuan in debt. Photo: Visual China

State-owned oil giant China National Petroleum Corp. (PetroChina) is undergoing a restructuring to consolidate its money-losing services units into a new company, with plans to list the firm, sources at the company told Caixin.

The overhaul now taking place will see PetroChina consolidate its various units engaged in oil exploration, drilling, engineering and other services into a single company. PetroChina held a meeting to discuss the plan’s structure and implementation on Wednesday, where a team leading the project passed a reform plan, a knowledgeable source told Caixin.

The company will spend the next year moving its various services units into the new company, which will eventually make a public listing. The new company will have assets worth about 172.3 billion yuan ($26 billion), 68.1 billion yuan in debt and around 180,000 employees. It would become the world’s third largest oil services company, behind global giants Schlumberger Ltd. and Halliburton.

Many such companies sunk into the loss column in recent years due to low oil prices, which have dampened demand for services associated with development of new wells. Both Schlumberger and Halliburton lost money last year, and the latter also lost money in 2015.

But the situation has improved this year, and PetroChina reported a better-than-expected first half profit for this year as crude oil prices rebounded.

PetroChina’s net profit for the first half reached 12.7 billion yuan, way up from 528 million yuan in the similar period last year, the state oil giant reported. It was the highest six-month profit since the first half of 2015.

PetroChina’s revenue also rose 32% to 975.9 billion for the first half of the year on higher prices of crude oil, natural gas and other products, as well as an increase in sales volume.