Who are China's ‘Watermelon Eaters?’

By Liu Shuangshuang and Susan Xu 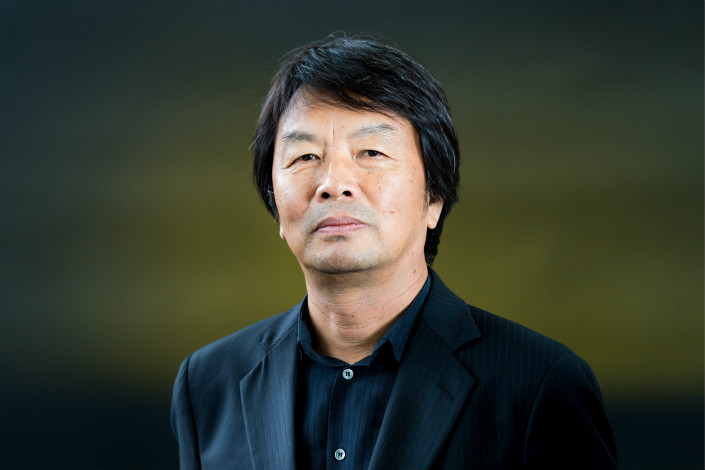 Liu Zhenyun says that he has been able to “play with fire without getting burned” because his books use comedy to make serious points. Photo: Visual China

Have Chinese people turned into a bunch of passive “watermelon eating spectators?” Liu Zhenyun, one of China’s foremost contemporary writers, is tackling the dicey question of apathy in his new novel after a five-year hiatus. And the book is selling like hotcakes.

The title of Liu’s book “The Era of Watermelon Eaters,” plays on a popular internet meme used when people are indifferent to what’s happening around them. It was coined last year after a bystander who witnessed a fatal traffic accident told a reporter, “I know nothing, I was eating a watermelon.”

Liu, 59，is known for his politically-charged storytelling and says it’s his absurd and hilarious comedy that has allowed him to “play with fire without getting burned.”

English-language readers first encountered Liu through the translation of his 2009 novel “A Word is Worth Ten Thousand Words.” The book traces the fate of a family from the chaotic fall of the Qing dynasty through painful foreign invasions to the volatile revolution and the chaotic reforms that followed. It won China’s top literary prize, the Mao Dun award, in 2011.

His latest novel shows how internet vigilantes who claim to be “passive bystanders,” in fact help connect the fates of seemingly unrelated characters. It starts with Niu Xiaoli, who is in debt after paying a 100,000 yuan ($15,177) dowry to help her brother. But after the bride disappears, Niu ends up working as a high-end escort hired by business tycoons for an “extra bit of help” when securing government deals. Then we switch to the life of provincial governor Li Anbang, who is on the verge of being promoted when his son runs over a pedestrian. Then there is the Yang Kaituo, head of the provincial highway authority bureau, who is caught smiling at cameras while inspecting a major bridge collapse. Angry netizens also notice he is wearing a luxury watch and start digging into his illicit gains. The plot reaches a climax when they uncover that both officials were trading power for sex.

“The main characters are tortured by their situations, but onlookers are excited and feed on their trouble,” said Liu. “Indeed, the main characters in this book are people who first pretend to be passive ‘watermelon eaters.’ But, they push up the story forward.”

Li says he has drawn inspiration from real life news events that are “more absurd than fiction.”

For example, the story of the man who fell from grace after sporting a luxury watch to an accident site echoes the real life story of a Shaanxi province official who was jailed for 14 years after grinning at the scene of a bus crash that killed 36 people. Angry internet users, like the ones in Liu’s book, found several pictures of him wearing luxury watches and argued that Yang could not have afforded the watches on his civil servant’s salary, resulting in an investigation.

“Will you join in corruption if you are in the same position as these official? We never know. That’s the problem we need to focus on,” Liu said.

Liu graduated from the Department of Chinese Literature and Language at Peking University and worked at state-run Peasant’s Daily for over two decades. Many of his successful works have been made into films. Most notably “I am not Madame Bovary,” based on his book about a woman who tries to get her fake divorce reverse, was adapted to the big screen by famous director Feng Xiaogang.