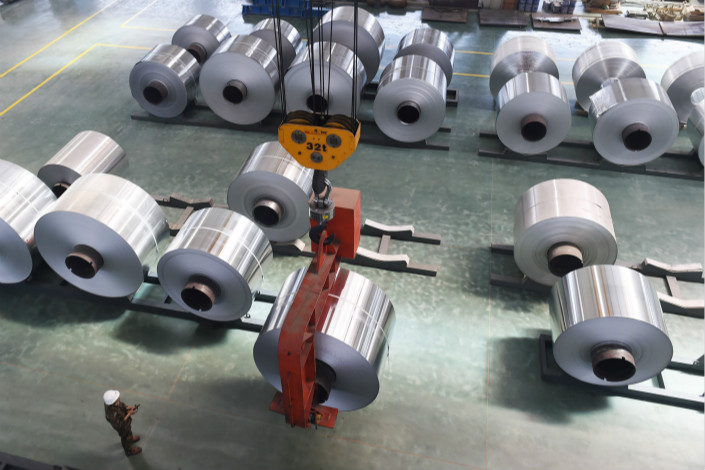 China is “strongly dissatisfied” with the U.S. Department of Commerce’s investigation into Chinese exports of common alloy aluminum sheets, the Ministry of Commerce said in a statement published Wednesday evening.

The ministry’s dissatisfaction stems from what it sees as a protectionist move by the U.S., the statement said.

In a statement Tuesday, the Department of Commerce said it had “self-initiated” investigations into Chinese common alloy aluminum sheets, commonly used in cars and the industrial sector. These imports to the U.S. totaled $603.6 million in 2016.

The statement said the probe will focus on two aspects: whether Chinese exporters sold alloy sheets in the U.S. at less than their fair value, a practice known as “dumping,” and whether U.S. producers suffered damages because their Chinese counterparts received subsidies, or so-called “countervailing duties.”

The two countries’ aluminum industries are reciprocally complementary, Wang Maojun, director of the Ministry of Commerce’s Trade Remedy and Investigation Bureau said in the statement.

“The intervention in the trade of aluminum products will hurt the interests of both parties,” he added. China will take any countermeasures necessary to protect the rights of Chinese firms, Wang said.

Trade has always been a contentious topic in China-U.S. relations. Late last month, the U.S. slapped preliminary anti-dumping tariffs on foil from China — also on anti-dumping grounds. China had said it had “strong dissatisfaction” with the U.S. decision.

During U.S. President Donald Trump’s state visit to China earlier in November, he reiterated the need for China to open its markets to U.S. investment and products more widely, in part to reduce China’s large surplus in one of the world’s most important trade relationships.

“President Trump made it clear from day one that unfair trade practices will not be tolerated under this administration, and today we take one more step in fulfilling that promise,” U.S. Secretary of Commerce Wilbur Ross said in the statement.

This article has been updated to include the Chinese government's response.