No End in Sight for Citic in Australian Mine Dispute

By Aries Poon and Luo Guoping 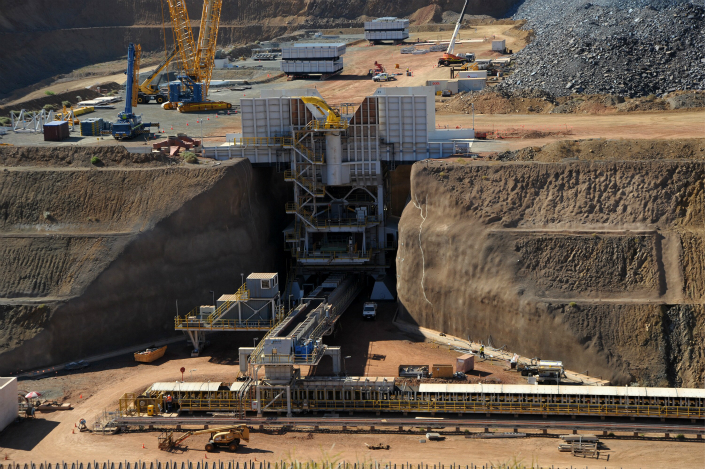 The dispute regards royalties which Citic was supposed to pay Clive Palmer for the Sino Iron project in Western Australia (pictured). The royalties were meant to be calculated based on an industry pricing system which no longer exists, so Citic argues this agreement is no longer legally enforceable. Photo: Visual China

Citic Ltd. said it is considering its next step, including an appeal, after an Australian court ordered it to pay $149.4 million in royalties on its Sino Iron project in Western Australia to previous owner Clive Palmer.

The dispute between Citic and Palmer can be traced back to 2006, when the Chinese conglomerate’s Hong Kong-listed unit paid Palmer $450 million for 25-year mining and leasing rights to the iron ore mine. As part of the agreement, Citic would also pay two royalties to Palmer.

The contention here is how one of the two royalties should be calculated. The case was heard at the Supreme Court of Western Australia in June for 10 days. The verdict, issued Nov. 24, ruled in favor to Palmer.

Another official from Citic, who only spoke on condition of anonymity, told Caixin that investment in the Sino Iron project has already exceeded $10 billion. The company said earlier that the “worst case scenario” would be halting the operation of the mine, but it will “try its best to avoid that.”

Citic acquired the Sino Iron project at Cape Preston when soaring Chinese steel production was pushing Australian iron ore prices to new heights. Although the project quickly became problematic as it ran years behind schedule and its investment budget soared by more than five times the original $3 billion amount. At the same time, slumping prices for iron ore also undermined the project’s profitability.

The first ship loaded with ore powder from the project arrived in China in December 2013, more than four years behind the original schedule. Citic said in February of this year it would write down $800 million to $1 billion on the value of its Sino Iron project for the financial year ended March 31.

According to the Nov. 24 judgement, Palmer is seeking $149.4 million from Citic as unpaid royalties, which Palmer argued should be based on the prevailing prices of two iron-ore products — pellets and fines.

On the other hand, Citic argued that it does not own Palmer any royalties. The Chinese company said the royalties stated in the 2006 agreement “exclusively referred to the prices published under the annual benchmark pricing system (ABPS),” which ceased to exist in April 2010, therefore it is no longer legally enforceable. Citic added that the calculation should also be “fair and reasonable” if such royalties are ruled valid.

The ABPS was a system of annual contracts commonly used by miners and steelmakers until 2010, when the market switched to new short-term contracts based on spot prices. Analysts said the switch was a result of China’s huge steel needs which transformed the global pricing mechanism of the commodity.

According to the 2006 agreement, if two parties are in dispute, they should assign an expert agreed by both parties. The expert used by the Australian court was appointed by Palmer. It is not known whether Citic agreed to appoint this expert too.