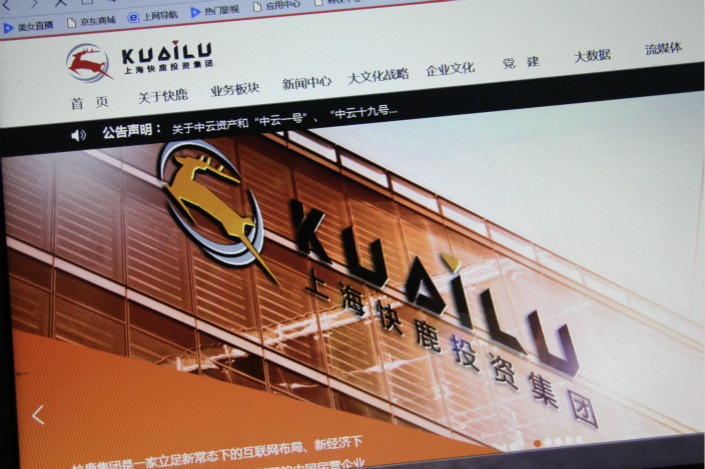 The Asset Management Association of China (AMAC) said recently that Shanghai Oriental Hongqiao Financial Holding Group Co., a private equity firm controlled by Kuailu, is among the 17 asset management firms with which the association has lost contact.

Kuailu is a Shanghai-based company that offered a wide range of financial services from peer-to-peer loans to private equity investment. It had raised some 14 billion yuan ($2.12 billion) from mostly retail investors between 2014 and 2016, promising them higher-than-average returns. But later the company ran into financial difficulties and stopped paying returns in mid-2016.

Investors in Kuailu have been hoping to recoup their unpaid returns by potentially liquidating these high-value assets, the sources added. One of these investors is a financial unit of Suning E-commerce Group Co., which has submitted a request to a local court in Nanjing to freeze or liquidate Kuailu’s assets as debt repayment. The court supported Suning’s claim, but so far it hasn’t executed the order, Caixin learned.