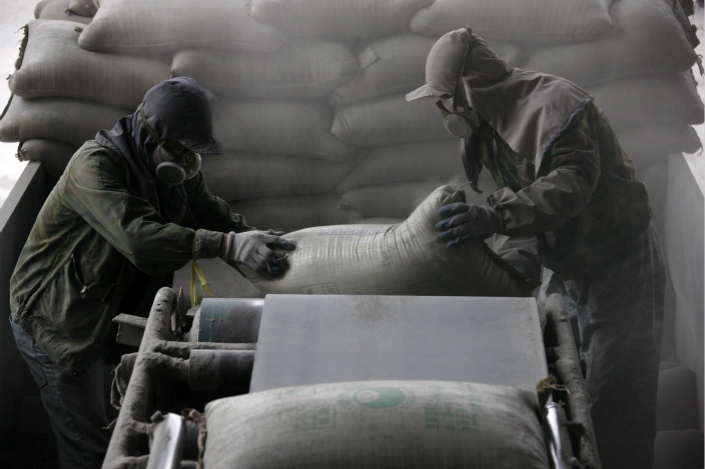 China’s Cement Price Index rose to 143.8 on Thursday, the highest level so far this year and up more than 41 points from the same day last year. The index was at 117 on Nov. 1. Photo: Visual China

China’s concrete industry associations have called on local governments to rein in surging cement prices after a dramatic uptick forced some concrete-makers to slow production.

An industry association representing concrete component producers in Guizhou province, for example, complained this week about soaring cement prices and recommended the local government impose price controls. It said the cost of raw materials used to make cement have been stable, suggesting there are no grounds for cement companies to hike prices.

The Guizhou call was echoed by a similar association in Wuhan, Hubei province, that urged government officials to intervene in the wake of a dramatic surge that increased cement prices by 150 yuan ($22.66) to 200 yuan per ton since September.

Cement prices have surged since November in connection with a government campaign aimed at reducing air pollution in 28 cities in northern and eastern China. The initiative forced factories that rely on coal, such as cement and steel plants, to cut production.

The nation’s Cement Price Index rose to 143.8 on Thursday, the highest level so far this year and up more than 41 points from the same day last year, according to the China Cement Research Institute. The index was 117 on Nov. 1.

Provinces in eastern and central China including Anhui, Jiangsu and Zhejiang have been weathering the impact of the cement price increase, said Ji Jinpeng, an institute researcher.

A regional index for an eastern China area that includes Shandong, Jiangsu, Anhui, Zhejiang, Jiangxi and Fujian provinces as well as the municipality of Shanghai topped 160 on Thursday, about 20 points above the national index.

“A nationwide campaign to reduce air pollution in the winter has affected cement production to a certain point, which might be the cause of a supply shortage in the market,” Ji said. “Many cement factories in eastern China reported excellent sales growth recently due to a surge in demand.” he added.

A Haitong Securities report said central and eastern parts of the country have been hardest hit by the cement price surge. The report linked a cement shortage and higher prices to a government order to reduce emissions in these areas ahead of Nanjing Massacre Memorial Day on Dec. 13. The report also predicted the cement shortage will continue for the short term.

But companies that make concrete components for buildings, bridges and roads said the pollution control campaign may not be the only reason for the price hike.

An official with the Wuhan Concrete Association who asked not to be named told Caixin “the recent price surge for cement is abnormal. Some upstream cement factories have consistently raised prices.”

He suggested that prices have been rising due to an alleged industry monopoly.