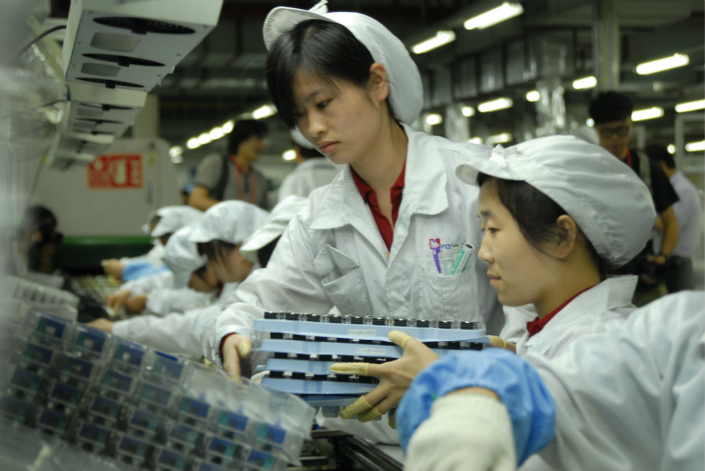 It is not clear why Foxconn would invest in a hydrocarbon producer. Foxconn could not be reached for comment. Photo: IC

IDG Energy Investment Group Ltd., which had operated hotels and restaurants until July 2016, became an energy company after Titan Gas Technology Investment Ltd. injected upstream crude oil assets in a reverse takeover. IDG is currently exploring crude oil in Inner Mongolia, and has announced a plan to acquire a shale-gas basin in the U.S.

IDG said in a statement dated Wednesday that five units under Foxconn Technology have agreed to subscribe to a total of 1.49 billion IDG shares at HK$1 per share.

Also, the share sale will “provide (IDG) with immediate funding and the shareholders’ base of the company will be broadened,” the statement added.

Foxconn will become IDG’s second-largest shareholder after Titan should the deal complete.

It is not clear why Foxconn would invest in a hydrocarbon producer. Foxconn could not be reached for comment.

The deal will need IDG’s shareholder approval to be final.