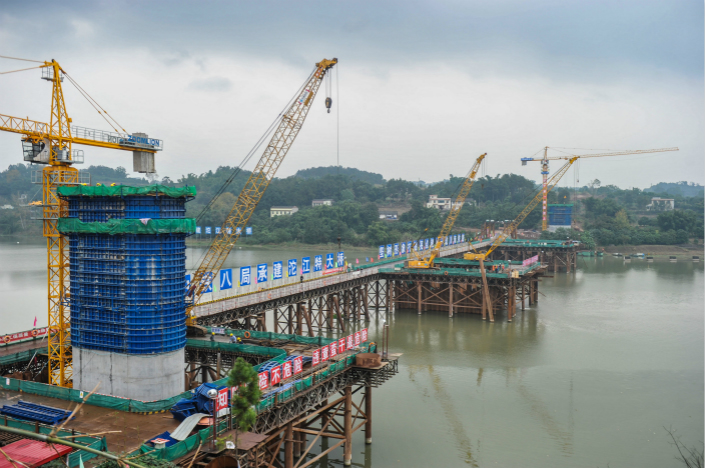 In a new study, the Chinese Academy of Fiscal Sciences (CAFS) found that an average of 50.8% of local government spending during the first three quarters of this year was funded by local taxes, down from an average of 54.1% in 2015. Photo: IC

(Beijing) — Financial self-sufficiency has declined among regional and local governments in China, as local taxes slowed while spending rose, the official Xinhua News Agency reported on Wednesday, citing a study.

The study, by the Chinese Academy of Fiscal Sciences (CAFS), found that during the first three quarters of this year, 50.8% of local government spending on average was funded by local taxes, down from an average of 54.1% in 2015, the report said.

The tapering growth of tax revenue, the study said, could be the result of the transition from traditional industries like manufacturing to so-called new-economy industries. Meanwhile, public spending has risen as the government is paying more in pensions and to address climate change.

Financial self-sufficiency is also skewed geographically, the report said. The average self-sufficiency rate from 2015 to 2017 is at high 74.3% in China’s affluent eastern provinces, while the inland regions had an average rate of 30.4%.

Southwest China’s Guizhou province serves as an example of how economic transformation has brought about a decline in self-sufficiency, the study said. In Guizhou, the traditional coal, power, tobacco and liquor industries contributed 62% of the tax income, the study said. However, tax revenues from these sectors grew only 5% in 2017, down from 26% in 2011. On the other hand, new-economy industries such as finance and information technology, which accounted for only 10% of local tax revenue, grew much faster.