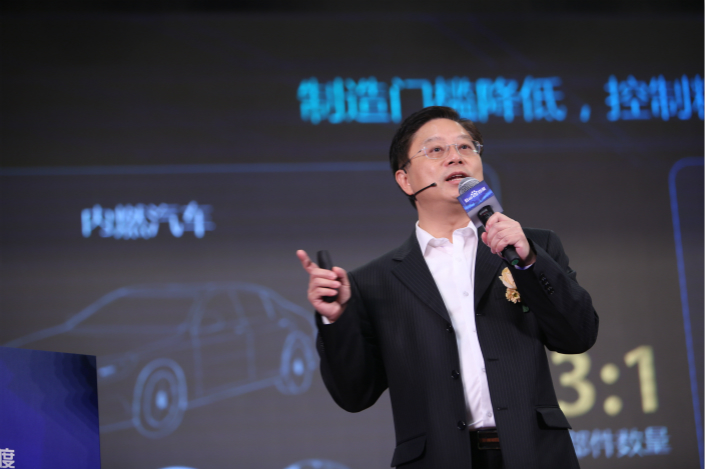 Wang — who is also a defendant in the suit — had previously served as Baidu’s senior vice president, and was general manager of its self-driving division. He left Baidu in March to set up JingChi in the U.S. The former head scientist of Baidu’s driverless division, Han Xu, joined JingChi as its chief technology officer in early April, along with several former Baidu research and development staff.

When contacted by Caixin, Wang said Baidu’s case was baseless. “Our lawyers will respond on a factual and legal basis,” he said.

JingChi has been planning to shift its headquarters to China, where it is due to showcase its technology within the next two weeks.

Baidu is not the first company to sue JingChi. Chinese chauffeur service provider UCAR Inc. previously filed a similar lawsuit against JingChi, according to a report by the official Xinhua News Agency in April. Four core former employees of UCAR Inc. were involved in the founding of JingChi.

Baidu and JingChi have been racing to develop and commercialize driverless cars. In September, JingChi announced that it had completed a $52 million pre-A round of funding led by Qiming Venture Capital. On Aug. 15, JingChi completed a public road test in Sunnyvale, California, in the U.S. and has reached an agreement with Anqing, Anhui province, to place 40 driverless test cars in the area by the end of 2017.